Before we fall into the Ring of Fire, I just want to take a few moments to reflect on how damned cool Lightning is and the stuff that’s being built on it.

Because of all of the developments happening around this space, none give me more fire in my belly than what some refer to as Bitcoin’s ‘payment layer’ but which is, in reality, far, far more.

In fact, with Lightning proving out the viability of economically-feasible micropayments via Bitcoin, you could call it Bitcoin’s ‘earning’ layer, but that would still be selling it short. Because when you start to dive down the Lightning rabbit hole, you start to realise that there are enough new compelling sources of value being uncovered by it to attract the next billion users to Bitcoin all on its own.

We have been lucky enough in our previous blocks to have already featured several craftsmen who are building on Lighting and helping to reveal its significant potential to the world.

With Raspiblitz, Rootzoll is creating an open-source project that gives people the means to run their own Bitcoin and Lightning nodes in their own homes with bargain-basement computing parts that are pretty much available everywhere.

With their awesome open-source Lightning ATM, 21isEnough is bridging the gap between old money and new money via interfaces that are so easy to use, they ship with a learning curve a tortoise could climb. I actually got to try one out a few weeks back (thanks @Openoms!) and let me tell you – it doesn’t get any easier to buy Bitcoin.

With Zeus, Evan Kaloudis is creating a Lightning-first node management experience that takes self-hosted Bitcoin sovereignty to the next level. In virtually not time, this app has become my go-to way of interacting with my Lightning node and for paying & generating invoices when I’m out on the go. Permissionless recklessness (I’m basically a fully-fledged cypherpunk now…).

With Stakwork and Sphinx.Chat, Paul Itoi has created two revolutionary Lightning-powered digital engines that are helping tens of thousands of people all over the world to earn sats for both low-level, task-related work and for original content, such as podcasts and music.

And of course there are projects we haven’t yet had the chance to feature but which equally get my juices flowing.

Like Strike, Jack Mallers’s platform, which is opening up virtually-free remittance and digital commerce capabilities for people in El Salvador and beyond. Without Lightning and its staunch advocates at Strike and Bitcoin Beach, would it have been possible for the El Salvadoran congress to approve Bitcoin as legal tender back in May? I don’t think so.

Then we have services like Lightning.Gifts by Bootstrapbandit, which I used also recently to give away some sats to kids who entered a “Draw Satoshi” competition. Check it out – it’s so enjoyable to use you’ll want to find an excuse to give some of your sats away.

And then there is the LNURL protocol, which opens up interaction between Lightning wallets and all sorts of third-party services – like giving people the ability to use Lightning to login to websites without doxxing themselves or handing-over personal data like email addresses. Yes – Lightning – a ‘payments layer’, being used for login and authentication. Do you see what possibilities are being opened up here?

But it doesn’t stop there. Because whilst there are coders building on top of Lightning, there are plebs who are organising and building capacity (of course), resilience and other sources of additional value around it too.

Like Soulexporter and Czino, the two guys behind Lightning’s Ring of Fire: a grassroots effort to help new Lightning node runners create inbound and outbound channels with other plebs.

So instead of watching noobs throw themselves into the Bitcoin wilds to find their own connections with larger channels when they start out, new Lightning node-runners can now tap into a warm community of likeminds who are keen on building channel relationships.

At a base level, the Ring of Fire creates a virtuous loop of Bitcoin Lightning nodes that provide like-for-like liquidity for each node in a reciprocal and trustless relationship, with each channel offering the same capacity as one another from the start. This gives each participant greater connectivity to the Lightning network (which grows with each new connection) and a higher degree of fault-tolerance across their channels that are so well-balanced they’d make the pebble-stackers at your local beach blush.

And with ring participants able to share routing data between each other, there are opportunities to gain insights into how sats move through channels, allowing folks to improve fee and channel policies to optimise earnings and protect themselves from having their channels’ liquidity drained.

Having come up with the original idea, Soulexporter thought it had merit but he wanted to see what fellow pleb Czino thought and of course Czino loved it too. So over the next 72 hours, the pair opened up a Telegram group for anyone interested in being part of the first ring and they were soon joined by 10 more enthusiasts (including me) from across the planet.

A few days later, the first Lightning Ring of Fire was born.

"Lightning’s based on cooperation so in order to strengthen that & form strong partnerships, we devised the concept of ‘rings’ of nodes. It serves as a template to bring node runners together & lift each other up."

How well has the project gone?

Well, what started as a 12-pleb strong proof of concept just four months ago (in March 2021), now looks like 800+ member plebnet that’s getting new rings spun up daily, with people contributing documentation, diagrams, watch towers (for availability alerting) and even custom code, like:

Not bad for a 4-month old baby!

Explaining the concept on the Ring of Fire’s Github page, Czino adds his own philosophical spin to the problem the Rings of Fire are trying to solve:

"Lightning is based on cooperation, but it is common that channel openings are one-sided, i.e. you are not in direct contact with your channel partner. So in order to strengthen cooperation and form strong partnerships, we devised the concept of a ring of nodes which we dub the Ring of Fire. It serves as a template to bring node runners together and lift each other up." 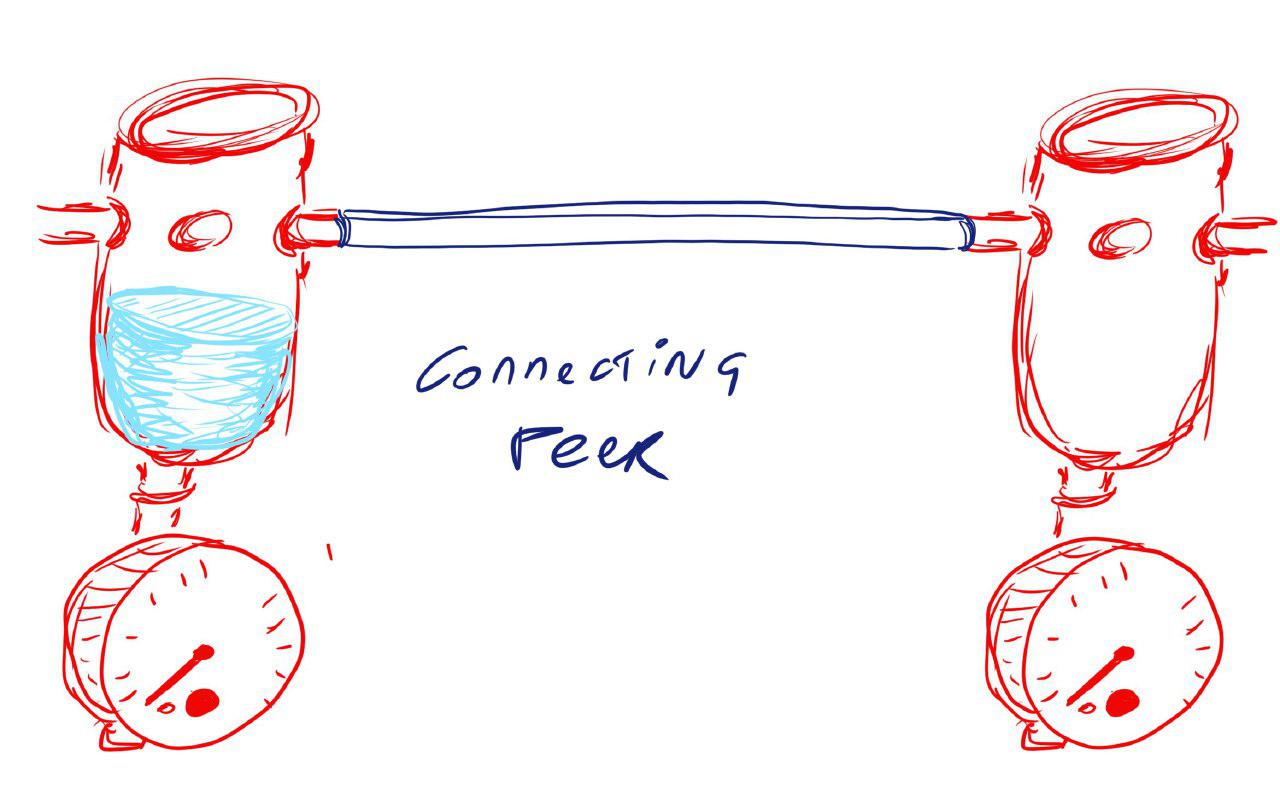 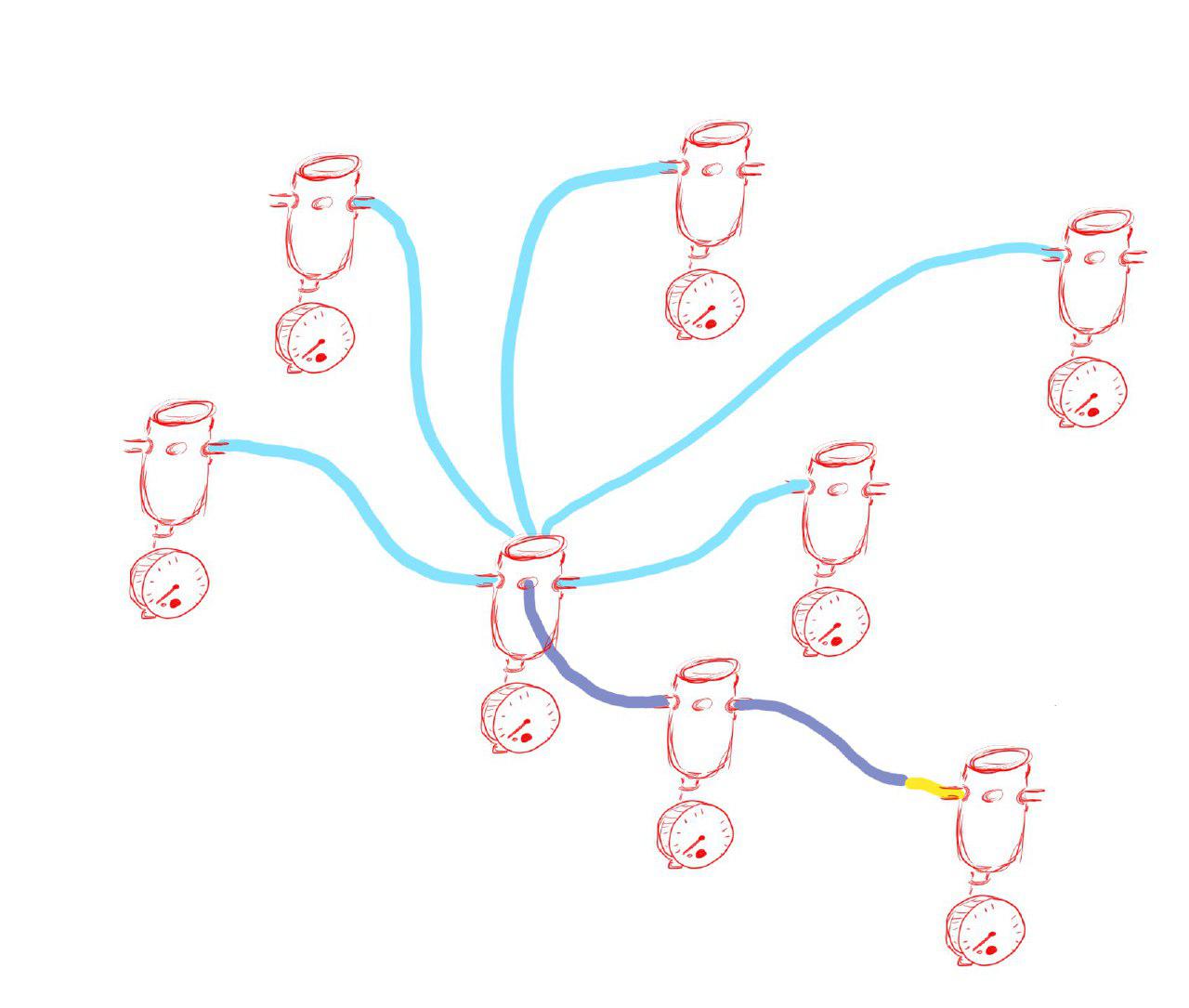 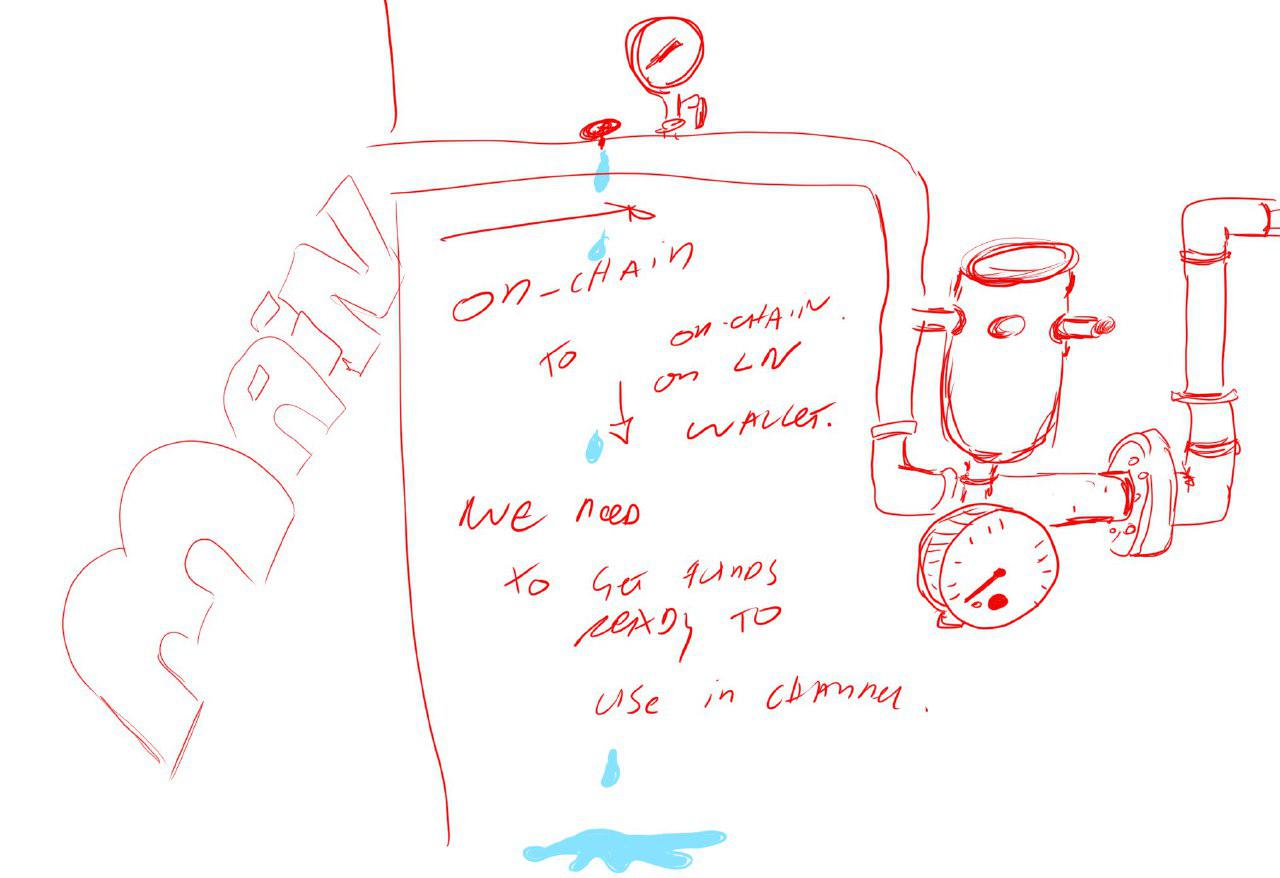 Introducing the Ring of Fire

For Czino, working on this common goal helps to form stronger communities which can then provide useful environments for participants to get help quickly if complications arise with this still nascent technology. With the Github page that he has created, other Lightning node runners can adopt and apply all the learnings that came from the first fiery ring and beyond.

Whilst Soulexporter and Czino are rightly thrilled that their initiative has gained traction so quickly, they want it to grow a life of its own and even spawn parallel forks to ensure that it enjoys the same antifragility benefits as Bitcoin.

"We want node owners to communicate more with each other. Each Ring of Fire is different & brings a new level of communication to peer-to-peer channel management. In my mind it’s an evolution from code to a Lightning subculture."

And that’s exactly what’s happening. Just a few short months after Ring of Fire launched, the excellent website https://lightningnetwork.plus popped up. The site provides its own spin on the Ring of Fire idea and gives an automated way for plebs to connect with others in similar configurations to the Ring of Fire or by hooking into even smaller squares or triangles featuring less users. They refer to the concept as ‘Lightning Swaps’ but its principles are the same.

It’s like Victor Hugo said; you really cannot stop an idea whose time has come.

Whilst the Lightning network may have emerged from a need to address the problem of high-cost payments and scaling, it is quite clearly now a phenomenon that has massive potential above and beyond payments that many people and businesses haven’t even begun to understand.

Check out Max’s excellent audio interview with Soulexporter and Czino above and if you like the smell of what’s cooking on the Ring of Fire then join our TG group https://t.me/theRingsOfFire. 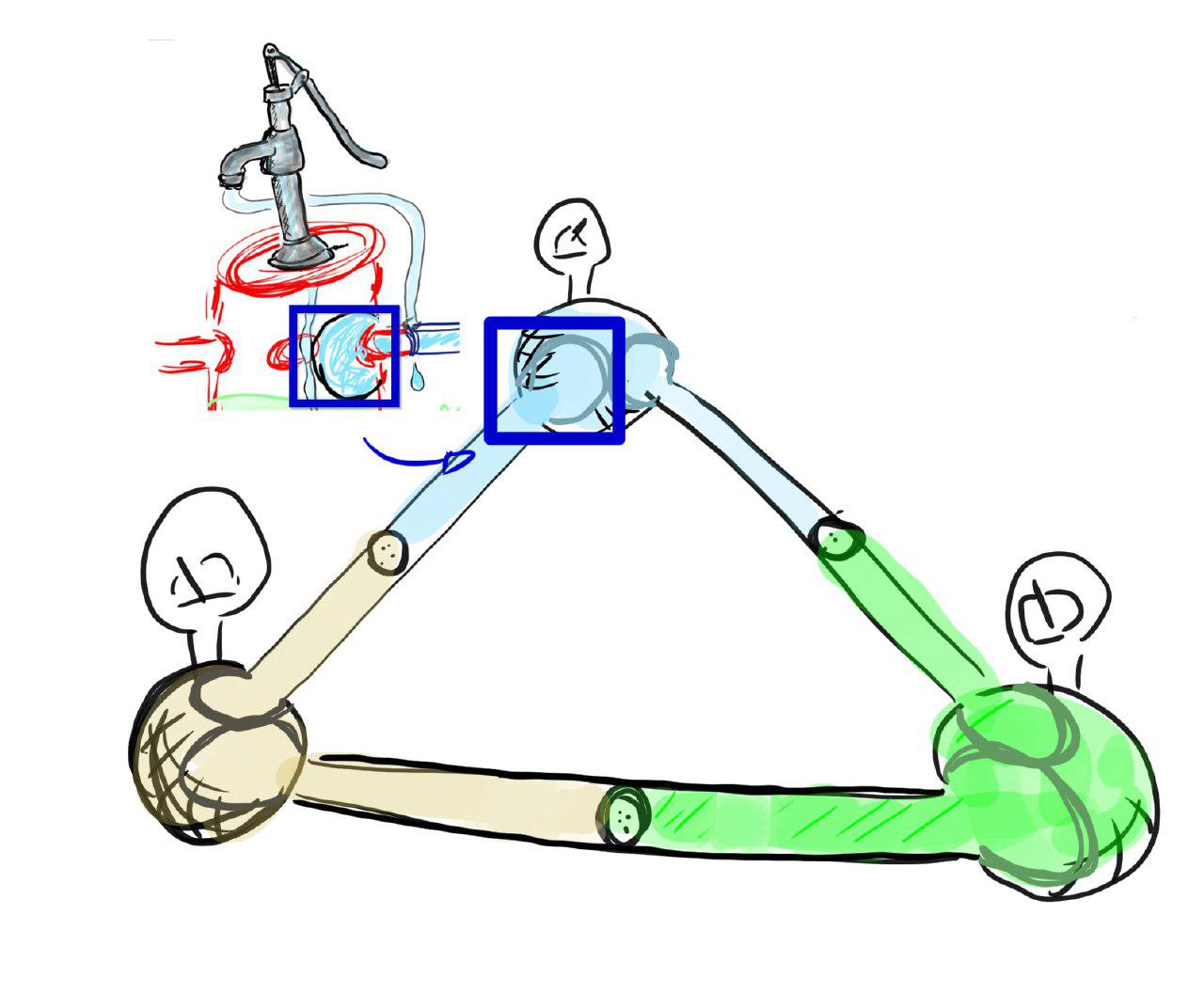 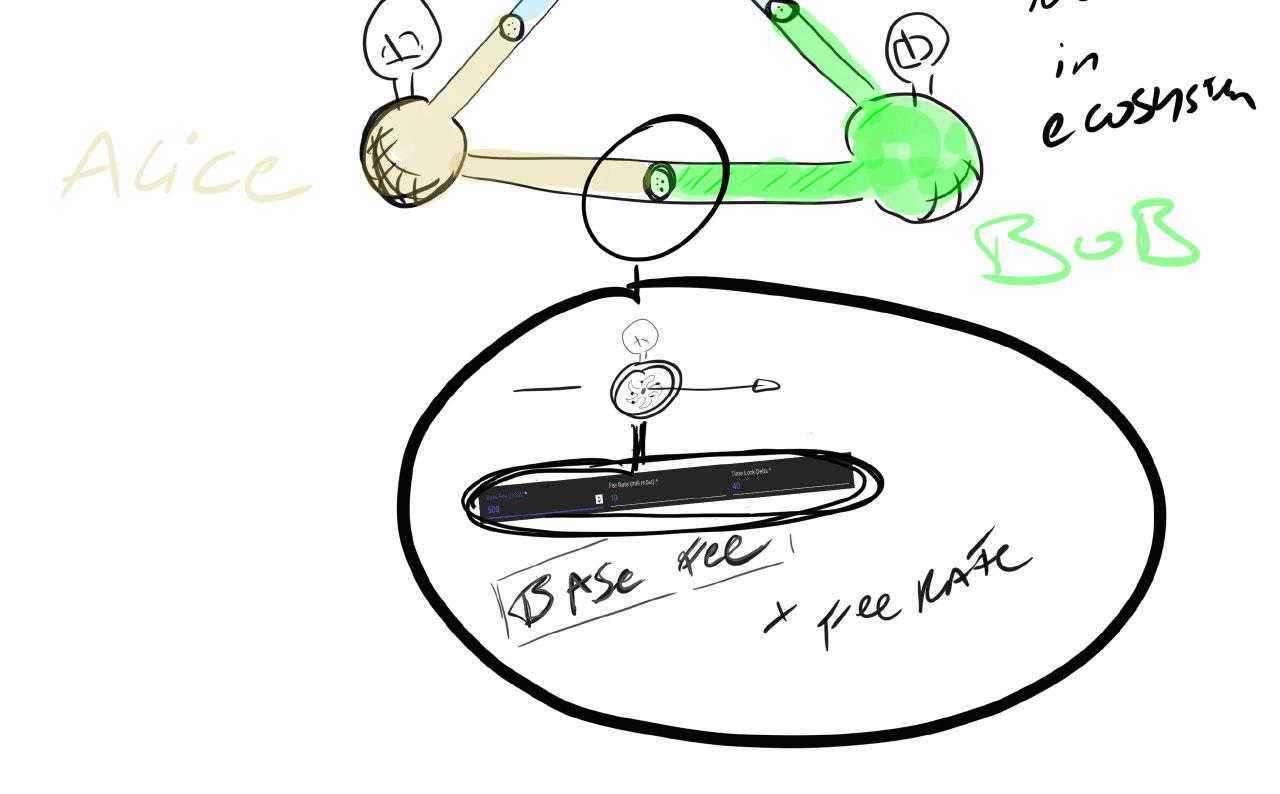