21isEnough’s Open Source Bitcoin LightningATM is table top ATM that you feed with coins & that spits out satoshis – direct to your mobile Lightning Wallet. It can send single satoshis over the Lightning Network in a trust-less manner. To us, it’s genuinely mind blowing & makes this technology tangible with sick ass design aesthetics too! It’s dope.

"Bitcoin I would say is the most important thing I’ve discovered in my life. It’s given me so much, I’ve learned so much and got to meet so many amazing people."

"Turning electric power through mining into money – that was the idea that got me hooked back in 2013.
"

After a failed attempt with some USB Butterfly Labs Bitcoin miners 21isEnough did some more research into GPU mining and ended up building his own mining rig with which he went on to mined Dogecoin.

Although he wasn’t sold on the idea of Bitcoin the first time he encountered it, there was enough there to light a spark. Intrigued by this Pier-To-Pier Cash he revisited the topic over and over again over the following years.

Eventually he took the descent down the rabbit hole properly and has never found the exit. This is of course the story for so many of us. At first you mistake the rabbit hole for a trap door, then, when you realise it’s an escape hatch, you also see that it is in fact not a hole but a warren. A warren with no exit signs and no doors out of there.

When he started to meet Bitcoiners in real life is when it all solidified and he has become a regular fixture at bitcoin conferences and meet ups all across Europe. This is also where we first met 21isEnough and we can confirm, he is a good lad.

Bitcoin is now part of everyday life. He maintains his own open source bitcoin project. He’s an active community member and tries his best to keep up with the latest technical developments.

Recently he joined forces with two other Bitcoiners to build a bitcoin business in Switzerland. A long story short that we hope to be able to share with you all soon but needless to say 21isEnough lives and breathes Bitcoin. 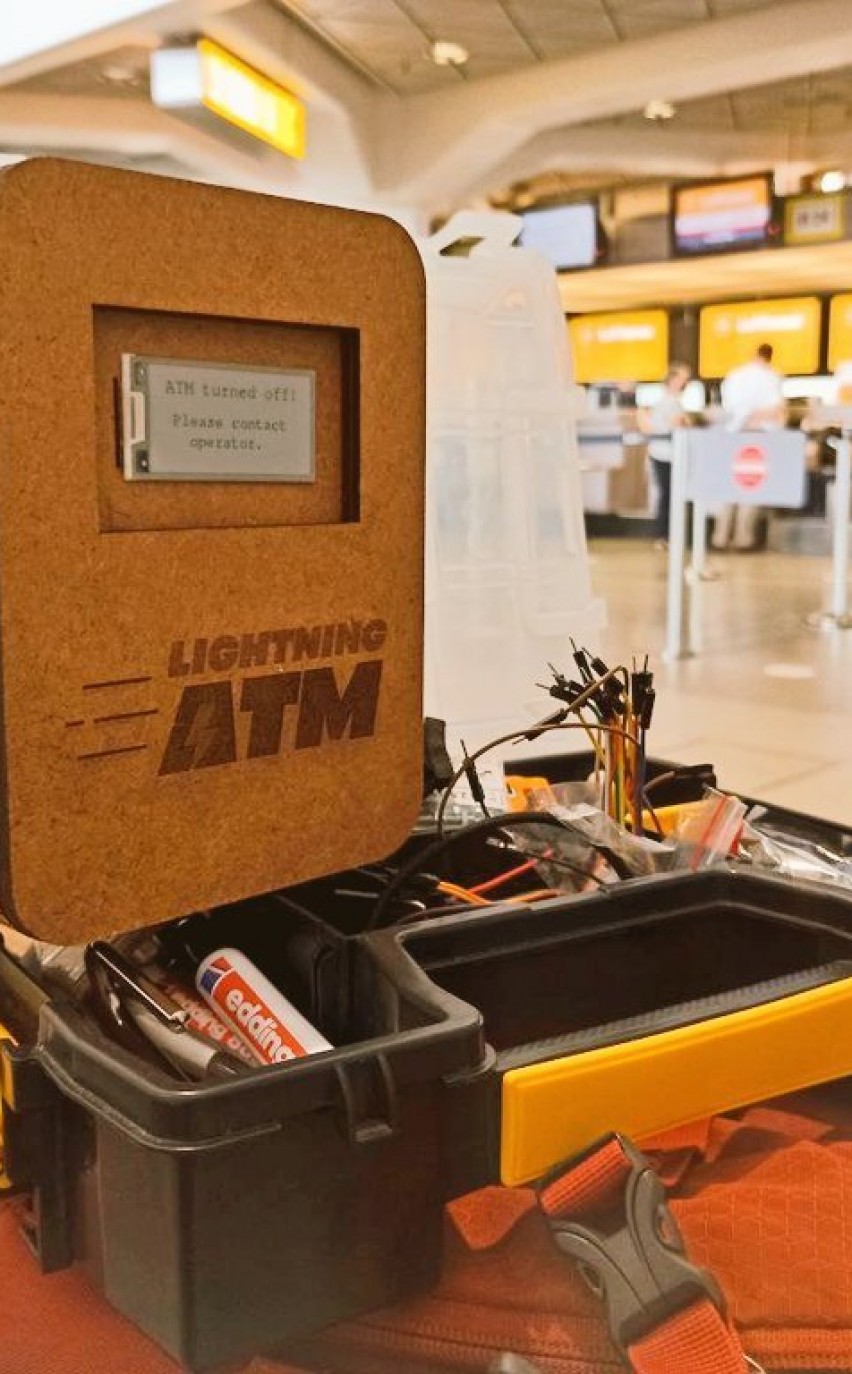 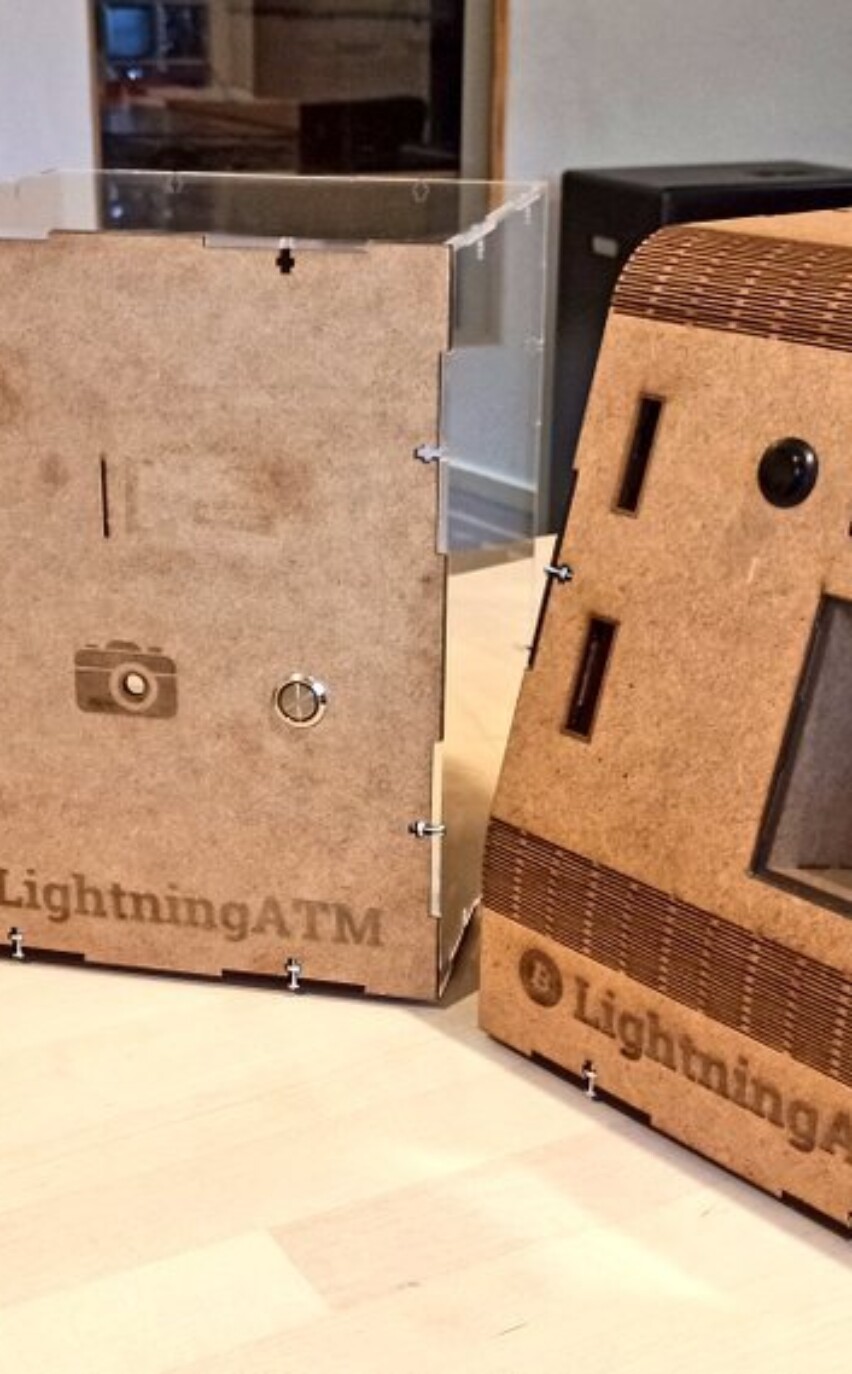 It was at Breaking Bitcoin in Amsterdam that he first thought of an open source Bitcoin Lightning ATM. The Lightning Network had fascinated him from the very first moment and was experimenting with it since its inception. The possibility of sending single satoshis over the internet in a trust-less manner is absolutely mind blowing to us all and it made him want to make this technology more tangible.

That’s where the idea of Bitcoin Lightning ATM came to mind. A table top ATM that you can feed with fiat coins and that spits out satoshis – directly into your mobile Lightning Wallet on your smartphone. Converting bad money into the greatest, hardest, soundest money in human history. Right in front of your eyes!

After some research on the tinterweb it became clear to him that it was doable. He bought a bunch of hardware from different places and started tinkering. Eventually it resulted in a working prototype sitting on his desk in front of him. It worked and it was actually also a lot of fun to use it.

Obviously he wasn’t the only one who thought this is a great idea. When he showcased it at the Baltic Honeybadger 2019 and tweeted about it a couple times, it became clear that many others wanted something like this. This made him decide to make his own little open source project that he could maintain and develop further and make into a viable project for everybody who wanted their own desktop Bitcoin Lightning ATM.

A great onboarding tool for new people into bitcoin, it lets them have their first experience with bitcoin and the Lightning Network.

"Almost all my life revolves around bitcoin these days and it’s such a brilliant and fascinating technology that opens up so many doors.
"

An engaging and encouraging open source community has formed around the project and there are new people joining every day. 21isEnough has gone on to writing the documentation website for the project so that even people who don’t have a deep technical knowledge can build their own Bitcoin LightningATM. A step to step guide on how to build your own little satoshi-spewing AMT to be displayed at home or at meetup-ups for all your friends and family. 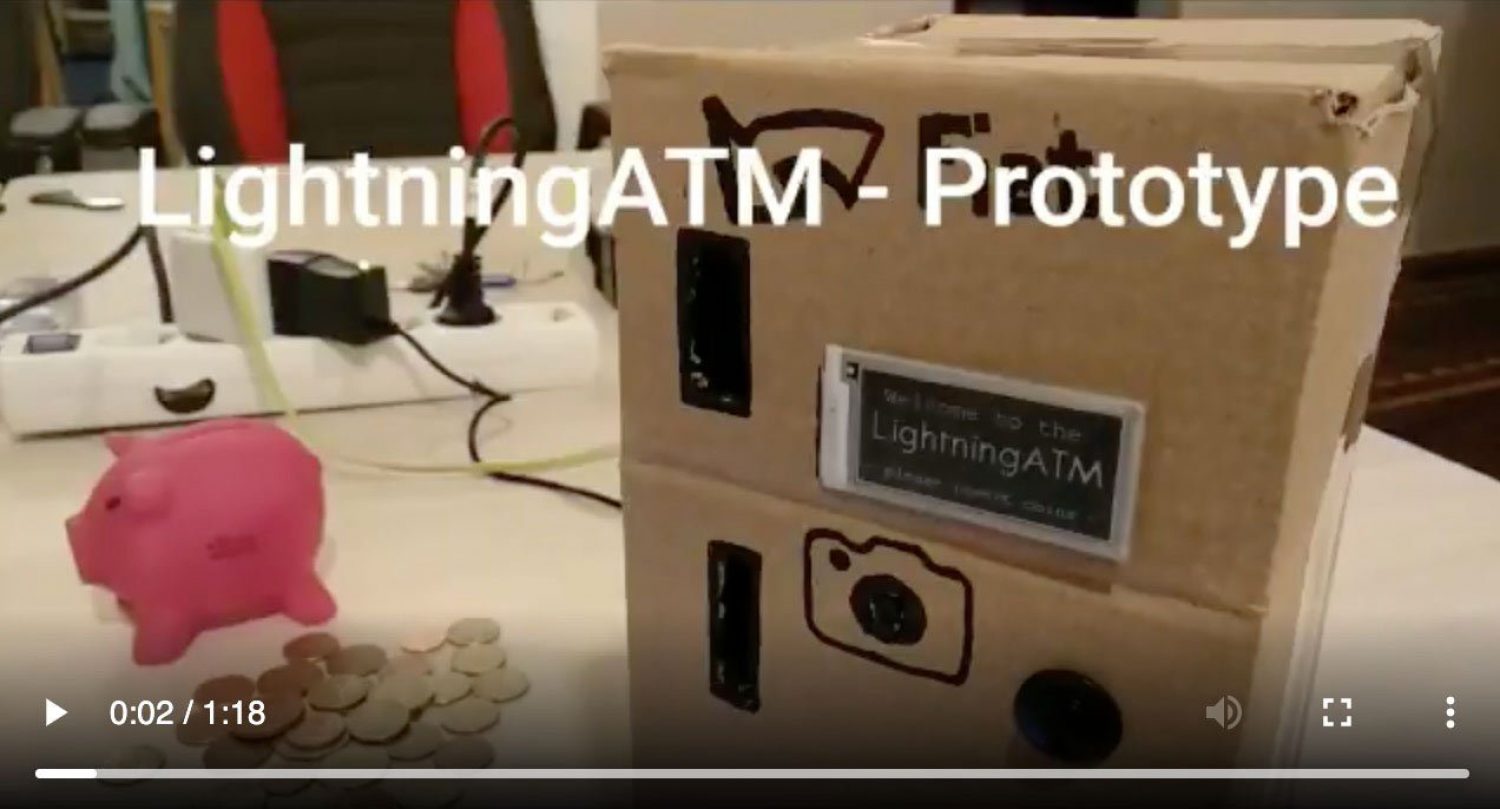