Vlad Costea is a Romanian Bitcoin pleb and the voice and creator of The Bitcoin Takeover Podcast. He is also a writer of Bitcoin themed articles for various publications in the space as well as the creator of BTCTKVR.com and BTCTKVR Magazine.

While he could have featured in several categories MUSIC is the angle we’re taking as Vlad the musician will be a fresh look at someone familiar.

We chatted about all sorts of cool shit during our two hour rip but it was the cultural heritage he was bequeathed at birth that really particularly struck a chord. Not enough people, particularly Americans I’d wager, know about the atrocities and level of oppression that happened in Romania’s Communist era. While Vlad is just a little bit too young to have lived through it himself it would no doubt have informed his worldview and shaped both his character and thinking from early on and I was very curious to find out how.

Big up Vlad and check my interview with him here,

I never felt this as acutely as after I became a father. I had always been a creator. A builder. But up until my son was born I was creating for me. I was driven by the enjoyment of the process and the innate need to make and share things.

The year leading up to his birth that changed. I literally rebuilt snd renovated the home he was going to be born into with my own two hands. For months on end I was nose to the grindstone. No rest on Sundays. I was building for patrimony. Hardhat and steel toes. Gone were flat caps and brogues.

Though I was already in Bitcoin and had rediscovered the low time preference values I grew up with before that, the level of low time preference with which I was operating all of a sudden went up another rung. Where I had been stowing away for my own autumn and winter I was now building for the spring of a new generation. Creating the physical frame work for our family for years to come. The honour and significance of this wasn’t lost on me. Not only was I building walls, pouring floors and installing lintels that would keep my own bloodline safe, I was adding to a property that had already gone through 350 years of its own history. Births, lives and deaths.

The arrival of my heir, named after the forest in which he was born, has continued to deepen this desire of wanting to leave behind something of value.

When I spoke to Vlad my father had just died a week earlier. He was a low time preference builder and a Bitcoiner too. Despite his past in business he was an artisan whose work surrounds me and my family and will continue to. His fingerprint is everywhere. The idea of spending your most scarce resource, your time, on the people you love and leaving a legacy for those who come next feels as important and poignant as ever. Not only is it a way of holding them in a long, tight embrace over time. As if in a press you imprint yourself on their very bones. Writing the chronicles of the past onto the blank pages of the future. An additive legacy of time, added to by each new generation of authors.

Vlad is a builder. Creator. A restlessly creative Bitcoiner on a mission to build something of value for himself and for the space. What started off as a love of writing lead to him becoming Editor-In-Chief at Crypto Insider, a now defunct Bitcoin news outlet. This in turn lead to a stint as a writer for Bitcoin Magazine before breaking out and going it alone.

Not content to limit his love for Bitcoin to the written word Vlad started The Bitcoin Takeover Podcast in January 2019 and has just celebrated his 100th episode – a feat for anyone and a measure of consistency and demand. He has also created BTCTKVR Magazine, a hard capped physical collection of his articles and creativity, as well as BTCTKVR.com which is home to his many endeavours as well as educational resources and a 24/7 Bitcoin radio channel. Recently he has even created the Bitney Spears NFT which sold through Samson Mow – our Art Feature from last block – ’s platform, Raretoshi.

"In a world where everyone seems to be in a doom loop of anger and hopelessness I find my refuge in the Bitcoin space. "

As such Vlad could have been featured in several of our categories however we chose to feature him for something that he isn’t as known for as his writing or podcasting – his music. I remember seeing him posting pictures of guitar pedals and recording equipment a long time ago but it wasn’t until I worked on Dim Zayan’s Voice Paper project that I connected with Vlad the musician.

His contribution was as idiosyncratic as it was cool. As noticeable as it was creative. The whole project was a brilliant display of the creativity within the space and Vlad’s piece no less so. The ability to do a lot with very little has become a telltale sign of a Bitcoiner in my experience. It is as if imposed limits, scarcity, gives birth to ideas rather than killing them.

In terms of music Vlad’s creations are simple. More dreamy soundscapes than high res articulation. More vibey ditties than full songs. They have an Ariel Pink’esque low-res charm that impress with their scenic capture rather than technical virtuosity. What most impresses me about Vlad however is his ambition to leave some sort of mark.

To build something of value via a multitude of creative ideas and hard work. To impart knowledge on those who follow his creative output and to be a conduit for information and learning. His podcast is a great example of this. His magazine, a highly limited collection of his writing, is a physical manifestation of the time he spends on others, the community.

"It’s incredible to know that someone is going to hold on to something that you wrote, that you created. That you have made something they may keep in their collection and that will mean something to them."

Of course his is not just building for your sake. He is building his future. He is laying the bricks for something that will hopefully provide the base layer for his own family legacy. And he should know a thing or two about legacy too.

Bitcoin Takeover · We're All Getting Girlfriends

Born at the dawn of the renaissance that rose out of the ruins of Nicolae Ceausescu’s communist Romania he inherited a latent cultural understanding of the dangers of collectivism. It is perhaps this indelible mark on his cultural psyche – one left by a centrally planned economy, ravages of inflation and currency devaluations – that made him receptive to understanding a true free market money when he did.

The legacy that was left to Vlad could have been so different. Had there been no communism he would very likely have inherited a couple of family businesses. You see, his great-grand parents on both sides were small business owners, working hard to build a better future for their families and future generations. One as a window glazer. The other with a butchers business.

However when communism came along and got its talons into the country they became enemies of the state and lost their businesses as a result. As they had employees they were considered exploitative, capitalist pigs and so years of hard work and investment was eviscerated by the state.

"I come from a mixed and brutal environment, financially, and I think that the sum of these experiences has taught me that I should be careful about private property and appreciate the fact that our generation has Bitcoin, an asset that cannot be inflated, confiscated or censored by your government and this is not something we should ever take for granted”"

Hearing stories from your parents about the oppressive “Securitat” – the secret Romanian police that enforced the severe repression and mass surveillance of the regime – will make you more able to recognise similar trends should they arise later in your own life. Growing up with stories about flagrant and destructive inflation makes you take heed. Vlad shares a story about his parents who got married before the revolution that eventually saw the public execution of Ceausecu and his wife in late 1989. They had been given money from friends and family for their wedding with which they were going to buy a car. Between ordering the car from the government and the car being ready the money had inflated to the point where what would have bought them a car could now only buy them a couch.

"The price of real estate has gone up by 40% around here so even if my friends did have savings it’s impossible for us to keep up with inflation. This creates a lifestyle where those not able to save, spend everything they make. Not enough people question this."

As is typical under authoritarian regimes it was also not allowed to discuss and spread ideas counter to the government narrative. The Overton Window would be controlled and policed by the Securitat and hence there was a limit to what one could discuss in public and perhaps also in private.

"When I went to University there were topics we weren’t allowed to debate or discuss because they were offensive. It’s a way to control you and limit the ways in which you can act as an individual. By doing this they also take away some of your courage and individuality."

It’s hard to fathom that within two generations we as a society have forgotten what money is! It’s equally as difficult to understand how within one generation a continent can forget the collectivist dangers of the past and the horrors they lead to.

The Bitcoin community is full of creators and visionaries. Builders and revolutionaries. We’re not here to just build for ourselves! Sure, there is pleasure and satisfaction in what we’re doing but this is bigger than us. Hopefully it will last longer than our lifetimes. We are building proverbial ports, schools and cathedrals, brick by brick. We are planting orchards that won’t produce fruit for years to come. We are generously giving away our scarcest asset to educate others and bring about future prosperity.

Vlad is one these mavericks. Someone who is in the vanguard of Bitcoin creativity and education. A builder of the now AND the future.

We’ve all got an opportunity to lay the bricks of a loving home for someone another 350 years from now. Literally and figuratively. Maybe someone will name their son after something you or I build. Nothing could be more meaningful and no one, certainly not the state, should ever be able to stop you doing this or pick the fruits of your labour, the trees you planted for your grandchildren.

Slush On Trezor Hardware Wallets And Security Innovation.
Slush, creator of the world’s first mining pool and co-designer of the first ever hardware wallet, talks about Trezor devices and their contribution to security innovation. 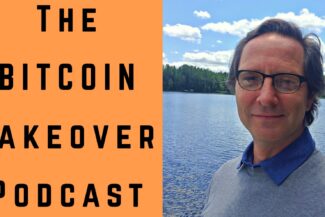 Donald McIntyre On Bitcoin, The Teachings Of Tim May And Nick Szabo, And The History Of Money
In this season premiere, Donald McIntyre talks about the anthropological and historical elements that led to the creation of Bitcoin, and reveals his admiration and affinity for the works of Tim May and Nick Szabo. 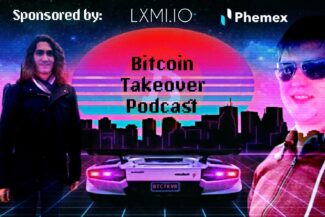 Peter Todd On Hardware Wallets, Security & Proofmarshall
Does Peter Todd use hardware wallets? Definitely not, and he’ll explain why he dislikes them. But does he offer great security advice? Hell yes!