I am reluctant to even utter these words but I’m technically old enough to be Till’s father! <brain blow emoji> Granted, I would have been a teenage parent, unlucky on his first fumble, but still… smh

That’s not to start this article off with some kind of patronising display of seniority but merely to note how impressed I am with any man this articulate, succinct and switched on. Particularly a young man for whom English isn’t even his first language.

Princey had the pleasure of ripping the pod for Till’s feature and said as much when he came off the call. It’s worth pointing out here that Daniel Prince is nearly old enough to be MY father so, all in all this is a wonderful, intergenerational collaboration (I’m going to have to open a bottle of the good stuff when you come over for lunch on Friday now Princey). 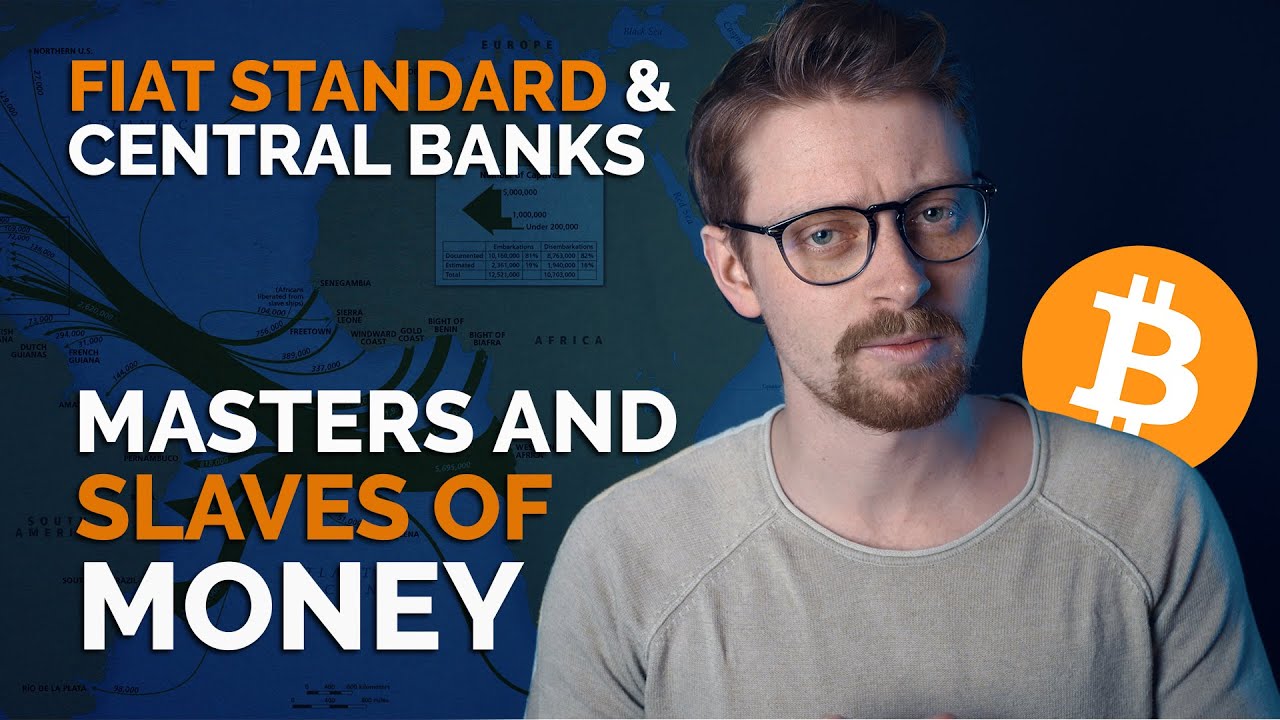 THE ROAD TO ENTREPRENEURSHIP

Till Musshoff is a German YouTuber known for his excellent Bitcoin channel that covers a wide range of topics from the endless rabbit hole of ours. However the road to being a Bitcoin content creator was paved a long time ago. This isn’t his first go-around on the YouTube carousel.

As a 16 year old he built a channel focusing on FIFA goal compilations. 16 year old me would have been well up for having my free kick curlers and world class, outside of the box, volleys memorialised on a YouTube channel. Sadly at that time the internet still came with a crank handle and I had only just about got my first Hotmail email account. My parents 286 was teaching me late night lessons in patience, watching history’s slowest loading boobie business appear line by agonisingly slow line.

We had Sensible Soccer though! A legendary game of pure class played by teenage bell-ends like myself.

Unlike teenage Badders though, Till channeled his energy and worked on his craft which impressed bPartGaming, a small German e-sports focused start-up. He not only ended up joining them but where he is still a shareholder today and where he spends the majority of his time working as a Project Lead. bPartGaming makes educational content for gamers while working with brands such a Red Bull and the like. Back of the net, lad!

"Online content creation is an occupation that will just keep growing. There will be more and more people involved in the creator economy so I don’t think there are bad days ahead for us"

Never fully invested in the computer science degree that he casually bagged while working at his first start-up, he always had one eye on things to grab and inspire him in his peripheral view.

He barely had the chance to take off his cap and gown before he started an autodidact journey into software engineering. Still working and building at bPartGaming, of course.

For me personally, seeing this level of curiosity, drive and love of self-directed learning fills me with all sorts of vibe. This is what always powered me, from my formative years until today. I believe this is the main reason I have been successful. It is how I am raising my 3 year old son. Follow your nose, fill your bag full of skills, tools and small successes along the way – all of them are transferable – all of them count. Be independent, productive and self-reliant. Have the conviction to beat your own path and to navigate by passion and gut instinct. Have the confidence to stand out and find pride in your unique perspective. Have the courage to be disliked.

"It has given me the confidence that whatever I’m interested in, if I spend some time on it, I will be able to create a job for myself and that’s a great feeling."

Of course it was only a matter of time before another rabbit hole opened up and swallowed him whole. Bitcoooooiiiin!

It was a colleague that introduced him to the idea in 2017.

Like for so many of us it was the notion of making fast money that first attracted him.

Counter to his normal modus operandi only shallow research was applied before diving into the tantalising waters of NGU technology.

"This is something I’m not proud of, you can’t be proud of everything. I got pulled in by greed."

Initially it was a fomo driven decision fuelled by greed but as one comes to understand when deep enough down the warren, Bitcoin metabolises greed and outputs sovereignty. Freedom.

While there is no bad time to exchange your slave notes for Sats it’s hard to understand that at first. Particularly when you buy in at the very top of the crest of a wave.

Bitcoin crashed and Till jumped into shitcoins which showed promise for another month or so before everything came crashing down with the corn.

THE BIRTH OF MAXIMALISM

The crash was the scorched earth that formed the fertile soil for Till’s maximalism to sprout and grow out of. The crash forced him to dive deep and to follow the flashes of instinct illuminating that there was something more about Bitcoin than what he had been able to isolate.

2018 and 2019 were very formative years for so many of us. I heard Stacy Herbert say the other day that she was’t properly orange pilled until that time despite being in since 2011.

Bear markets humble and harden you. They provide the space for consolidation, reflection and learning. The bear is for building whether that is projects or intellectual frame works.

Till did the same by reading whatever he could get his hands on. The usual suspects as well as books on Austrian Economics, technical introductions and other fields deeply intertwined with Bitcoin. Gradually then suddenly he realised that this is way more than just a get rich quick scheme. This is everything, as Ross Stevens said in his interview with Michael Saylor!

Fast forward to the beginning of winter 2020 – Inspired by Bitcoin and still fuelled by the pull of the creator economy he decided to start another Youtube channel. He saw the dearth of high signal content there and decided to put his experiences to good use.

Most of his “competition”, so to speak – and this is me saying this so don’t come at Till – are mouth breathing Lambo boys, looking for people to join their shitty trading courses and almost always intersperse Bitcoin hype and sensationalist headlines with nauseating shitcoinery and general BS. Here was an opportunity to provide alpha based on fundamentals, all while taking himself further down the rabbit hole and continue his self-directed learning of everything Bitcoin related. Writing and creating levels up your understanding of things. Fleshing out ideas succinctly and in a well articulated manner requires a deeper understanding of the subject at hand.

It’s been a busy and prolific 6 months or so and Till is not planning on stopping growing the channel any time soon. Someone once said – and I can’t for the life of me remember who – that specialisation is for insects. As such this Bitcoiner simply has too many interests to not include some of those as content for the channel going forward. The philosophy that has been guiding his action the past few years means that he will continue to explore the fundamentals of his existential purpose.

"One quote that really stuck with me a few years ago and which is basically shaping my life is: “An entrepreneur’s mind. An athlete’s body. An artist’s soul"

Part software engineer, Bitcoiner, amateur athlete, YouTuber, creator, self-directed learning enthusiast and all round impressive fella and good egg – If Till was to do a share offering of his future self you could do an awful lot worse than to fill your boots.

The future is bright.