Stickybuds aka Tyler Martens is a Canadian DJ, Producer, Musician and Educator who has toured and played sold-out shows all over the world.

I first noticed Stickybuds because of a tweet he put out about his Umbrel node. This happened to coincide with me hearing his Swan Bitcoin advert on Stephan Livera (he produced the advert) and then seeing him on Swan Lounge as a guest a few days later.

After 15 years of touring the globe, playing everywhere from Burning Man to Glastonbury, his travels came to an abrupt halt this time last year. Not one to sit back and whine he quickly pivoted and came up with the concept for his live stream show “The Different Strains Show” a weekly live-stream broadcast on Twitch, Youtube and Facebook, marrying his musical skills with crazy cool animations and visuals.

I had a great time chatting with Tyler and hope you enjoy the below article as well as his full podcast interview.

Stickybuds hails from the shores of one of the big lakes in Western Canada. His love for music started when he experienced the British Columbian rave culture of the mid-nineties.

Anyone who experienced the rave culture of the late 80’s and early-mid 90’s will remember how these parties were organised. Flyers would be passed around with a hotline telephone number that would only activate on the day of the rave. A quick call from a phone box would lead to a succession of special agent style events. The secret meeting, somewhere inconspicuous, would be arranged and money and a map to the venue – be it a warehouse, forest or field – would exchange hands. Then you would meet up with your friends, get the car ready and secretly stow away any, shall we say, party favours and hope you wouldn’t arouse suspicion of the authorities on your way there.

Illegal raves were a bit like summer holidays or teenage holiday romances in the sense that you would know it doesn’t last forever – that sooner or later the fun will be over – but my God would you rinse it for all it was worth, while the going was good.

"Even when I was in high school I knew that I was never gonna go to college or university, normie school, I just knew that none of that really interested me."

It was these raves and all the experiences they brought that marked Tyler in such a way that he eventually became a DJ. Like a lot of entrepreneurs he knew early that “normie school just wasn’t for him, so when he found The Centre for Arts and Technology in his hometown of Kelowna, BC, a technology trade school, he knew this might be the place to start his journey. He joined the music technology programme and went super hard at it. He learned music theory, band recording, signal flow, electronic music production, Logic, Protools – everything you would need in your toolbox as a future music producer/engineer. Clearly in his element he really excelled and graduated as one of the top students of his year and was subsequently hired as a teacher to bring up the next generation of recording engineers. During this time he also taught himself to DJ. A big fan of Nu Skool Breaks and Drum and Bass he was frustrated at the lack of people playing these genres around where he lived.

"I made my first mix tape and gave it to a guy called Joseph Martin, who ran a rave group called Liquid Beat, and after playing their nights for a few months I got my first residency at a club called Higher Ground in Kelowna and it just went from there."

If you like electronic/dance music, and you dig the festival scene, there is a very good chance you will have heard of Shambhala Music Festival. One of the longest running electronic music festivals in the world, it has been a destination for electronic music pilgrims for well over two decades and has won multiple awards.

"I got invited to play Shambhala Music Festival in 2005 and I have played every year since then. Most of the years in the headline spot at midnight on a Friday night and I just totally grew my career off the back of that."

In 2005, not long after Stickybuds started DJing, the festival found themselves with a couple of open spots at the Fractal Forest Stage. Rich-e-Rich, Shambhala co-founder, held an impromptu DJ competition for the coveted spot, which Tyler won and has played Shambhala every year since, many of which he has performed as a headliner. It has been the foundation for 15 years of much success and has lead to 50-60 releases under his own name, a track for the Spiderman film which was used in their worldwide add campaign, the co-production of a bunch of music for a Star Wars theme park and many other things. 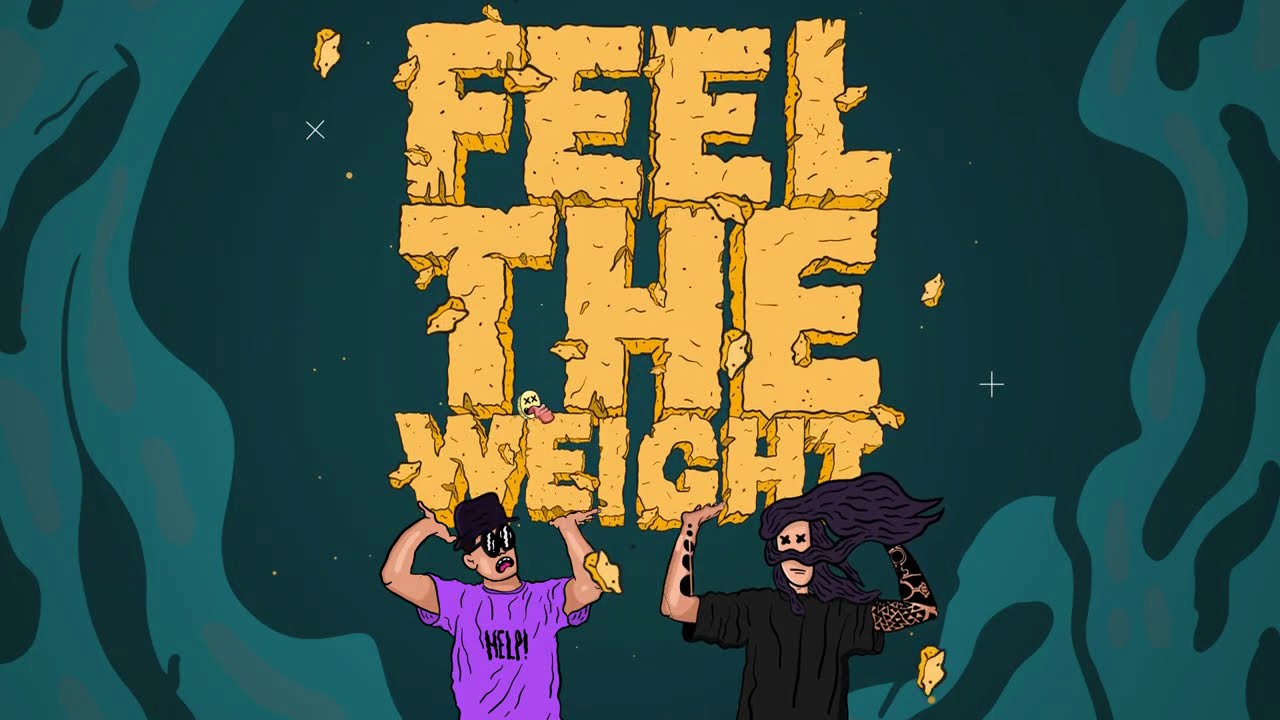 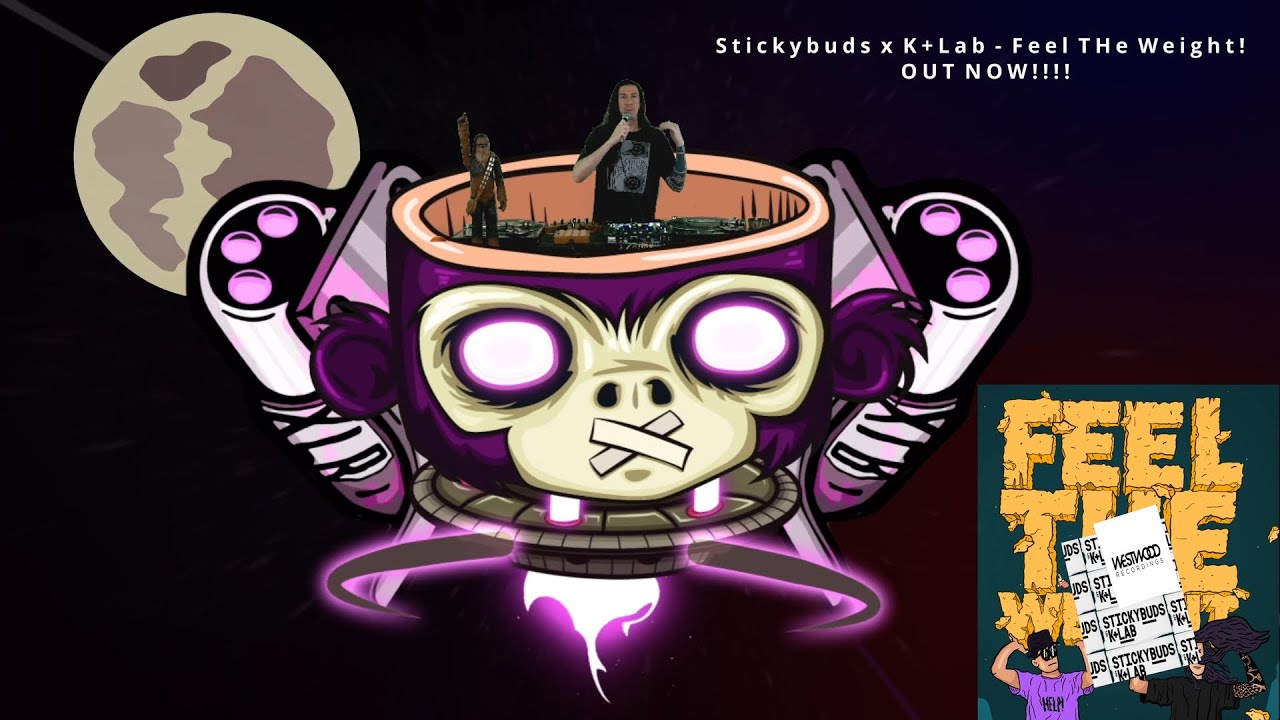 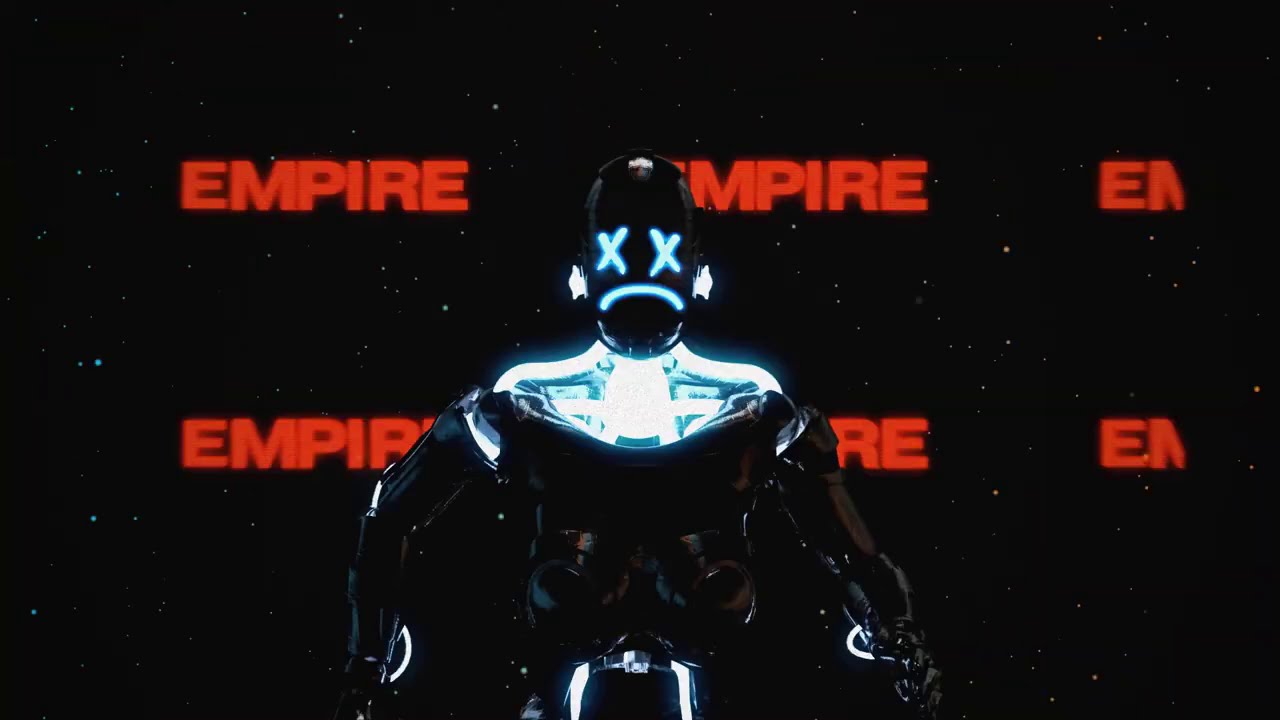 Before I retired as a songwriter/producer I always relied on releases with other artists to bring in the money. Radio plays, syncs through TV, ads and films as well as sales were all important income streams. Stickybuds’ part of the music industry is quite different.

"For DJs songs aren’t necessarily where we make our money. The songs are basically loss leaders to get you gigs (re: apart from production and synchronisation fees), a business card to get people to come and see you and pay $30 entry to your live show. You make your living there."

Stickybuds has played shows and festivals all over the world. From Shambhala to Burning Man. From Envision to Glastonbury. His reputation as a stellar live act, his banging releases, as well as his appetite for the grind has got him there. A lot of people think being a musician is a charmed life. That working in the music industry is super cool. I can tell you from experience it takes a lot of hard work to achieve any kind of success in an industry as competitive as music and it takes even more hard work to maintain any success. That’s not to say it can’t be a terrific gig but the work that goes into it is easily underestimated.

Playing shows to vast crowds all over the globe is a dream that many have growing up but very few get to live out their dreams. For 15 years Stickybuds was doing exactly that, living a dream. While he by his own admission isn’t a household name by any stretch his hard work has built up a fanbase of up to 100.000 people worldwide. And then the music stopped. Over night.

March of last year the Canadian government, like so many other governments around the world decided to stop any kind of public performance of music, or anything else for that matter. What was meant to be two weeks to “flatten the curve” turned into 12 months (and counting) of lock downs, the decimation of private businesses, outlawing of public gatherings and thus also no public music performances and a general erosion of our rights. Sadly there is still no sign of these things coming back.

Yes, compared to many places Canadians have “had it good”. Since the beginning of the madness they have been doling out monthly stipends like they were paper cups of water along the route of a marathon. Drink everyone, drink! Rent and mortgage moratoriums have been implemented. Gulp it down people! Great if you’re thinking about this only from a high time preference perspective because we as Bitcoiners know that nothing is free when it comes to the state.

"I’m seeing the inflation already at the grocery store. The pack of bacon I buy all the time is going up by 10% every two months. When I started to pay attention it was $6.50 and it is $10 now."

What they are giving with one hand they are taking away with the other. The thieving of purchasing power through inflation of the monetary base is just one aspect of this. The tax hikes that are coming will be insult to injury. Picking your pocket twice as you’re bending down to pick up the small change they threw you. However what is so devastating to many is the thieving of your chance to look after your family. The robbing of achievements that have taken years, decades even, to build up. The snatching of hard work, self-worth and personal pride.

Entrepreneurs are gonna entrepreneur so when all of this happened Stickybuds pivoted.

The Different Strains Show was born. A next level music stream show that went out on Twitch and YouTube.

Together with the animators he had worked with previously he developed super cool animated content to bounce off the music. Together with Stickybuds’ sets it is something I have never seen before. He has built a green screen studio in his basement and bought high quality camera gear to put the visuals in line with the music.

33 episodes deep now, it has been a great success and is a testament to his talents, as well as the love of the fanbase he has built up over the years. While it has been a lot of work I imagine it has provided him with purpose and given him back the agency he was used to pre-Covid.

One of the main reasons he was able to pivot was because of the “low time preference thinking” he has fostered through being self-employed for the best part of two decades.

There is no job security when you’re self-employed. There’s no safety net for us apart from going on welfare, which most of us never want to do. We don’t pay employment insurance or have work pensions. We don’t get a gold watch for loyal service unless we buy it for ourselves.

Working for yourself is a constant exercise in personal responsibility. Your success, your livelihood, is based on how hard you work and the decisions you make every step of the way.

It creates people who are good at trusting their guts – though it could be argued that having this skill is why you were suited to be an entrepreneur in the first place. To be a good entrepreneur you have to be good at understanding, analysing and questioning the micro and macro information you receive, making decisions off the back of that and then having the conviction to see them through. Without any of these skills you aren’t likely to be very successful being self-employed.

It is little wonder that someone who has spent their life navigating by the above skill set should also find Bitcoin. It takes a heterodox mindset to discover revolutionarily different ideas early. Entrepreneurs are uniquely positioned to understand Bitcoin because gathering, analysing, understanding and executing on information is our lifeblood.

"Listening to Max & Stacy on The Keiser Report was one of my super early influences.
They are two of my heroes. I owe a lot of the directions my life has gone to them. I absolute admire the shit out of them. "

Score one more for Max & Stacy. Orange piller extraordinaires! From them he scratched enough itches to make sense of his preexisting intuition and gave him enough fuel for further study.

Lately, his two worlds have started to come together. First he produced an advert for Swan Bitcoin, after a random encounter with Cory Klippsten, and he has subsequently also produced the intro for Marty Bent’s new podcast for Great American Mining.

The first of many Bitcoin gigs and undoubtedly the birth of a new professional avenue.

I really enjoyed my chat with Tyler aka Stickybuds. I strongly suspect we will see a lot more of him in the space and I for one cannot wait to see and hear, how and where. 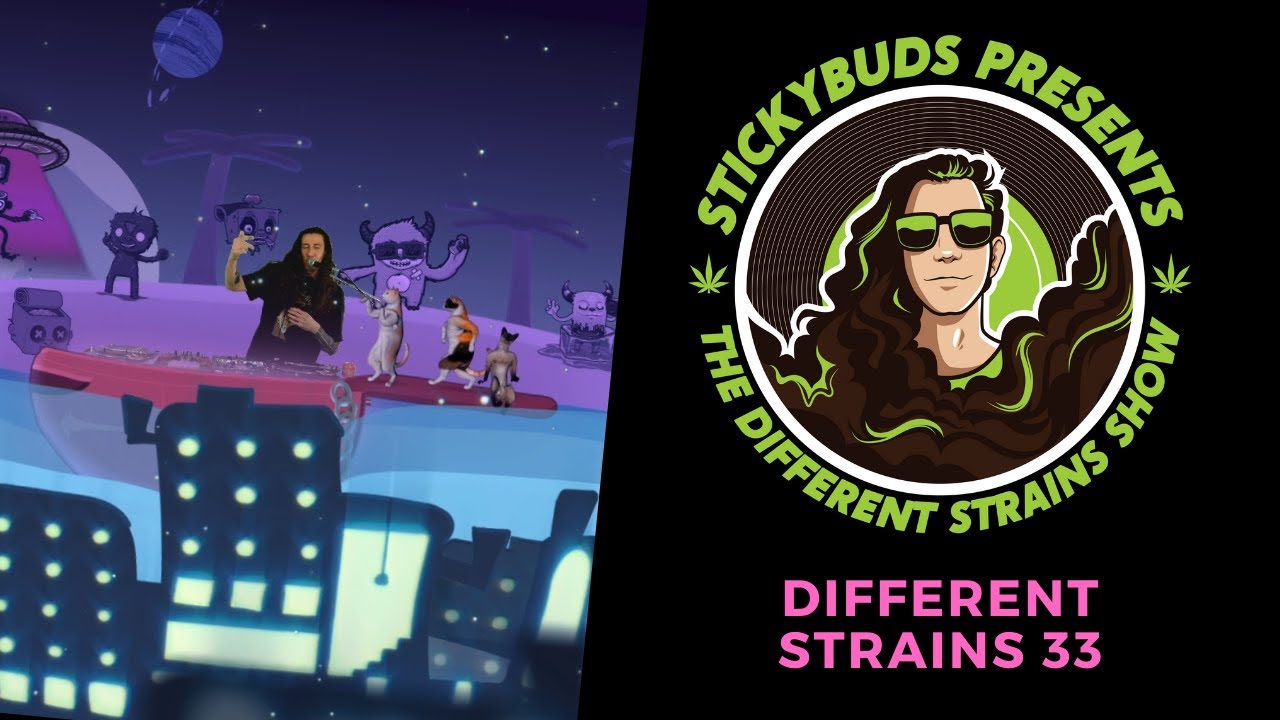 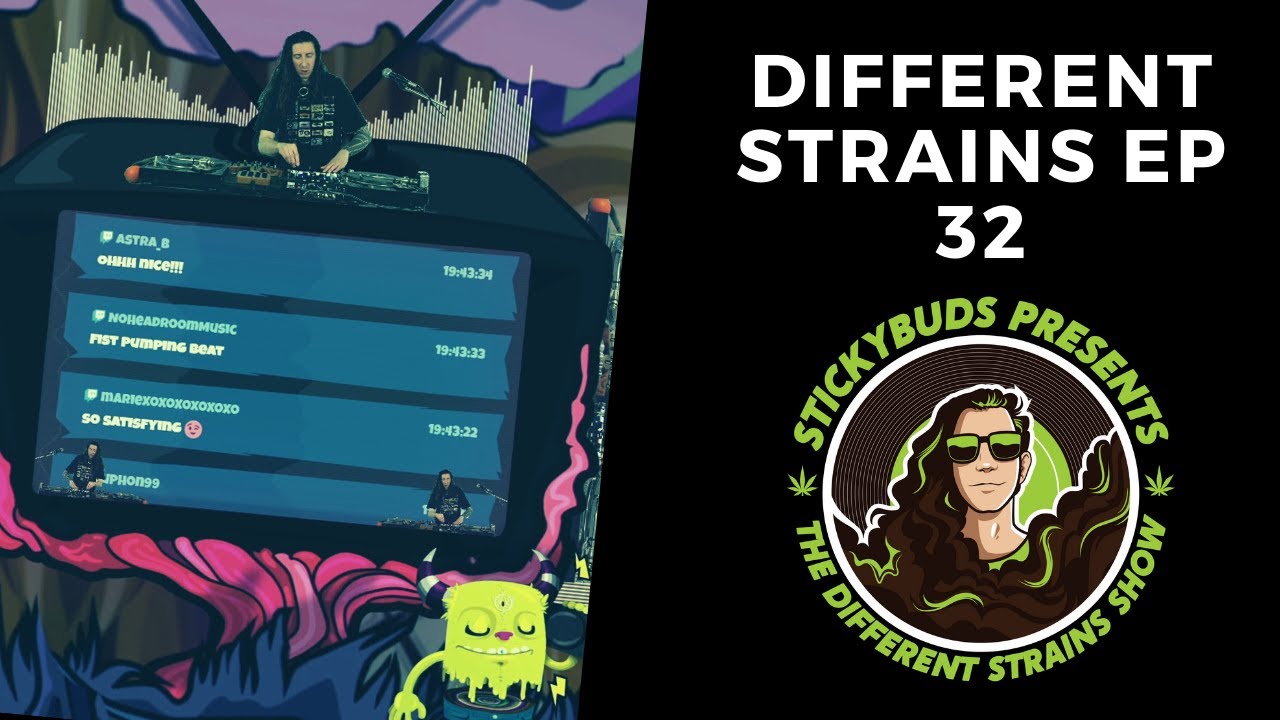 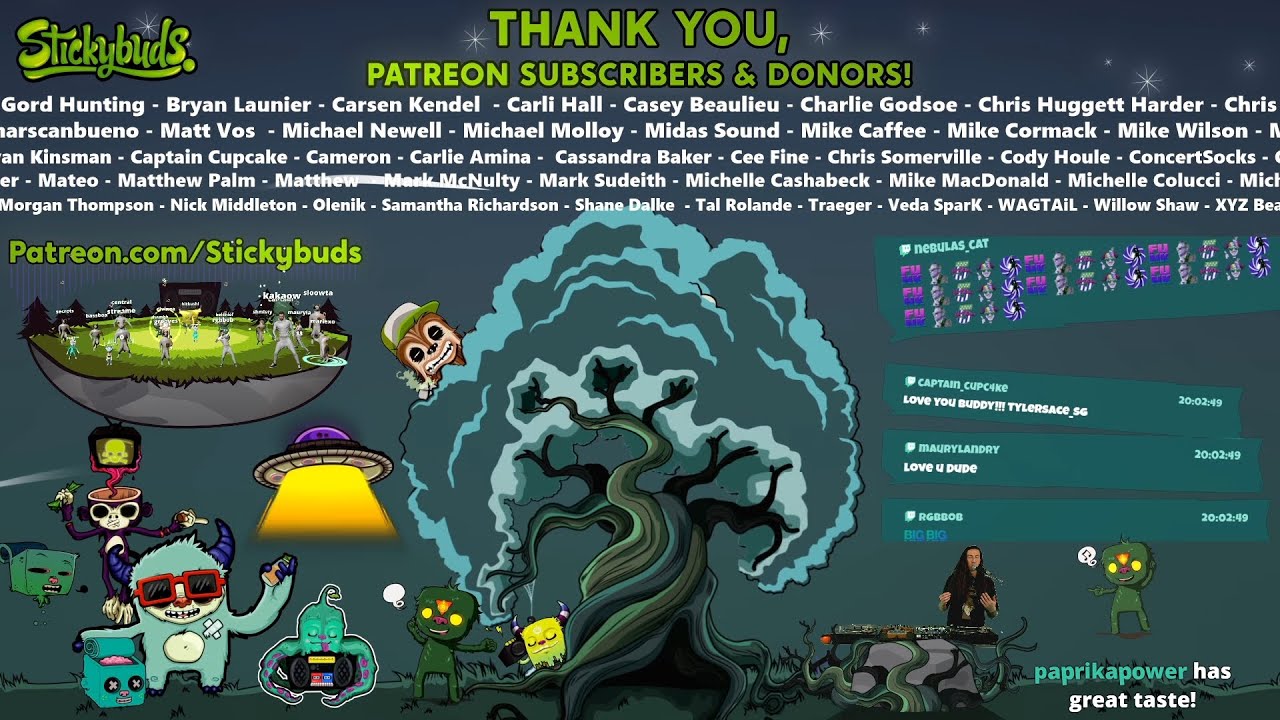