All Bitcoiners remember the time they got Orange Pilled. For me, it was at a public protest – smoke, drums and chanting of anti-authoritarian slogans filled the night air. I was marching with my fellow peaceful placard-wielding protesters, making our voice heard. Walking alongside me was a man clad in a hoodie, jeans and V for Vendetta Guy Fawkes face mask. I was so engrossed in conversation with him, that the evening passed by in a flash. We talked for hours about a method of protest on orders of magnitude greater than what was going on around us. It completely blew my mind.

The method of protest he spoke of was Bitcoin. The man I was speaking to was Selfbankt.

This block, I have the privilege of interviewing one of my close friends in the Bitcoin scene about memes, legacies and something called 21ism.  It’s time to meet my maker.

"I hope to make a small contribution to create a better world for my son and others when they are ready to inherit it."

In early life, SelfBankt did everything he assumed was ‘right’ – worked hard at school, achieved great grades, attended Med School, became a doctor. He worked some long hours on a rigorous training scheme and slaved away to get a mortgage for his first apartment. He was winning at life.

Two months after he got the keys to his pad, the 2008 financial crisis hit. Overnight, 40% of the value of his property evaporated in front of his eyes through no fault of his own. It was an experience that sent him to the ‘doldrums’ for several years, led him to question the ‘right’ path he had been led down and heightened his anti authoritarian tendencies. It steered him towards exploring other ways of thinking and being.

"In 2008, the value of my newly bought apartment evaporated in front of me. And I was like, What the fuck is going on here?"

Open to alternative experiences, he thought he’d experiment with DMT after hearing about it on the Joe Rogan podcast. In the end he never got as far as buying the recreational psychedelic drug. Instead, his mind altering experience occurred upon discovering the method used to buy the DMT. Self Bankt had discovered Bitcoin and fell hard down the rabbit hole.

"Bitcoin was my DMT – it just opened me up." 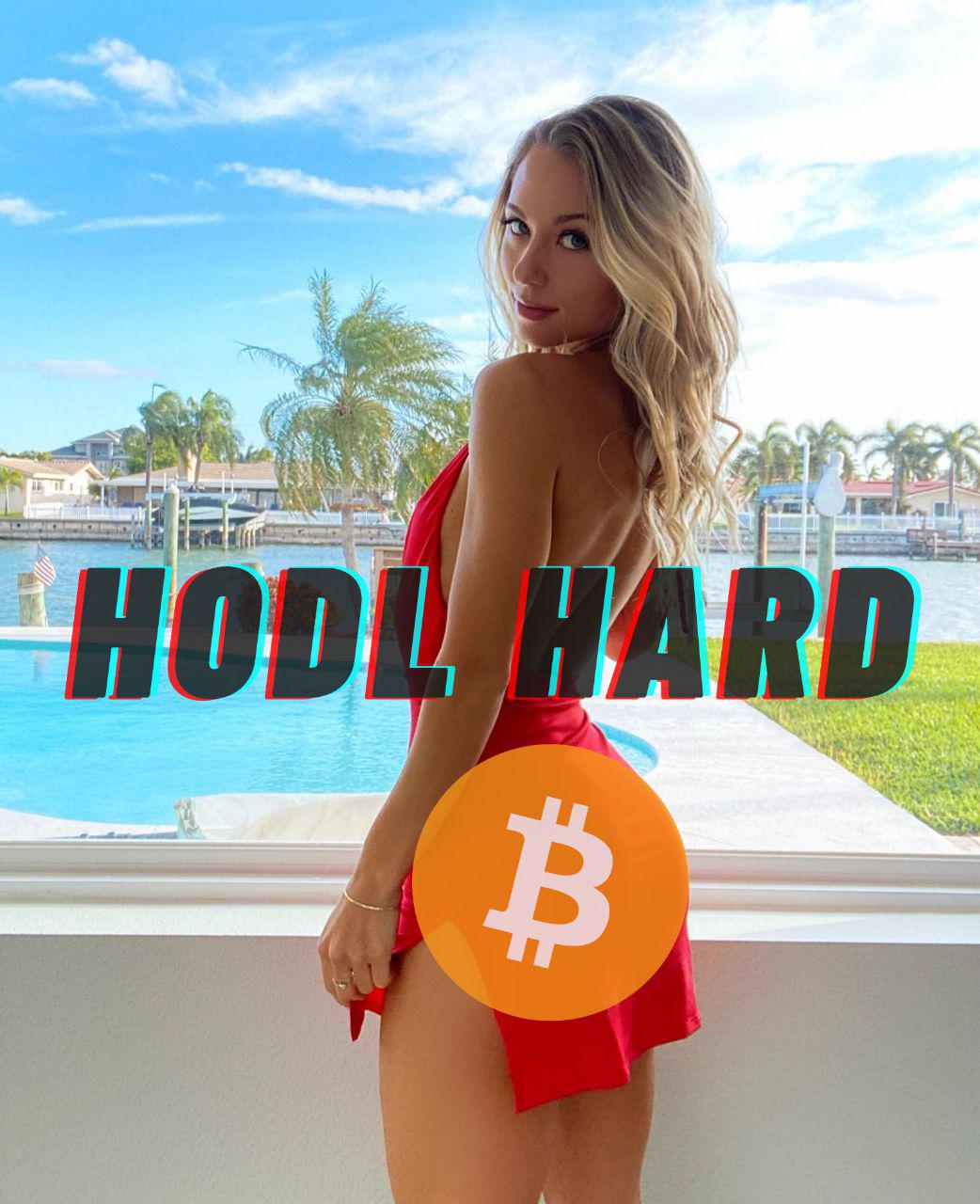 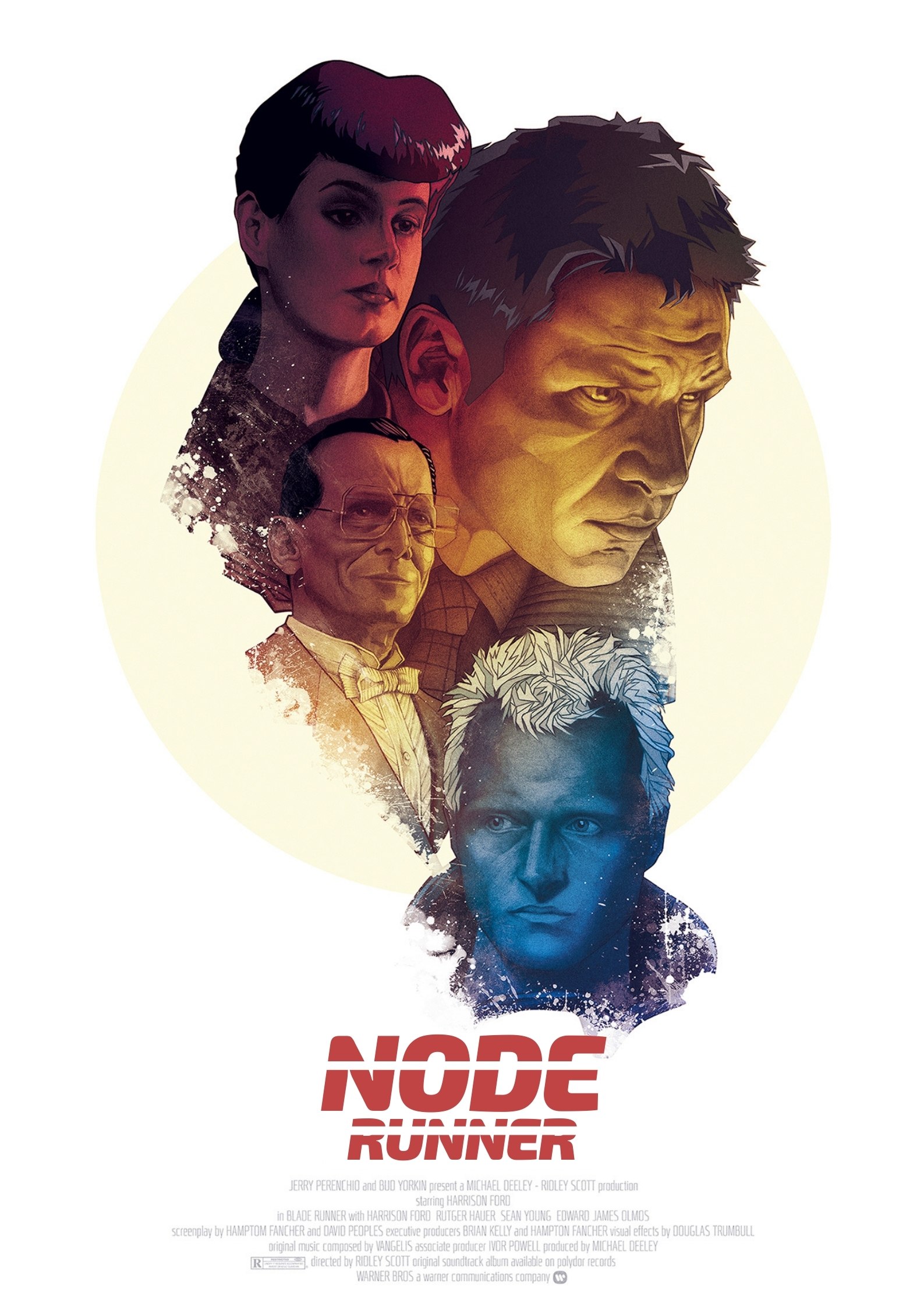 One of the qualities I most admire about SelfBankt, is that he is as tenacious as an Antminer S19 hashing for a solution. He is constant, unyielding and shrugs off failure with the attitude of ‘tick tock next block’. It is this stubbornness that has not only made him a prolific orange piller in the UK community but also a great memer.

"I’m just trying to find my niche, and I just keep throwing shit against the wall and keep trying new things … I want to see what sticks."

His meme style is instantly recognisable – large stencil capital letters (normally a quote from a bitcoin podcast he has digested), combined with a popular culture image relevant at the time of posting. This has led to memes of Anya Taylor-Joy (of Queen’s Gambit fame) emblazoned with “Bitcoin is the end game”, the Mandalorian with “Bitcoin is the way” and Jay Z with “99 problems but inflation ain’t one”.

"I like the adrenaline, the dopamine, the reward mechanism. I like the satisfaction of doing something that gets the reaction."

I’ll be honest – not all his memes speak to me. But that is the beauty of his art. Like the Antminer, he is not expecting to get the reward every single time. But by going through a proof of work, he is increasing his chances of resonating with different audiences, connecting with them and turning them into Bitcoiners.

His approach of trying different methods to reach outside of the Bitcoin Twitter echo chamber, led him to his most famous and popular ‘meme’ – the ambitious 21ism Comic : A Graphic Story of Hard Money.

Set between 2012 and 2032, its 24 pages follow the rabbit hole journey of the protagonist Josh and the impact Bitcoin has on his life. Made in collaboration with artist @JCSketches, it is a refreshing and well made piece that is a great tool in any serious orange piller’s arsenal.  You can buy a signed, numbered premium copy and its available for free download here.

Back in our interview and I’m curious to understand what SelfBankt’s aims are. What causes a guy to constantly push out messages, day in day out to support Bitcoin? The answer simply, is to grow the community of people that have woken up to the truth of a sound monetary system.

He’s not afraid to get stuck in offline too, organising meet ups in his local areas so that Bitcoiners can band together, learn from guest speakers, eat pizza and drink beer. This face to face interaction of Hodlers, he believes, is key to mass adoption, claiming that if the community is to grow it must also be done ‘in real life’ not just by donning a pair of laser eyes and shitposting memes about Christine Lagarde.

"I advise everyone to get involved with your local Bitcoin Meetup scene. If if there isn’t one – fucking start one."

His latest project is his biggest contribution to growing the Bitcoin community so far. In fact if you are reading this, you have already been exposed to it – 21ism.com. Founded with Badders of Bitcoin (@holderthanthou) in late 2020, it has quickly become the place for documenting and showcasing Bitcoin’s ‘Sound Culture Renaissance’. Every month 21ism gives voice to some of the well known and lesser known creators in our space in seven categories – art, video, design, word, code, music & meme.  21ism connects the creative silos allowing people to discover incredible Bitcoin Art in mediums they perhaps didn’t know existed. In this way 21ism and SelfBankt has provided a launchpad for our culture to be documented and thrive as we prepare to shoot for the moon.

"My main motivation is to facilitate the process of waking people up to the truth of a sound monetary system. In a globalised digital online world this just has to be a global digital decentralised currency – Bitcoin." 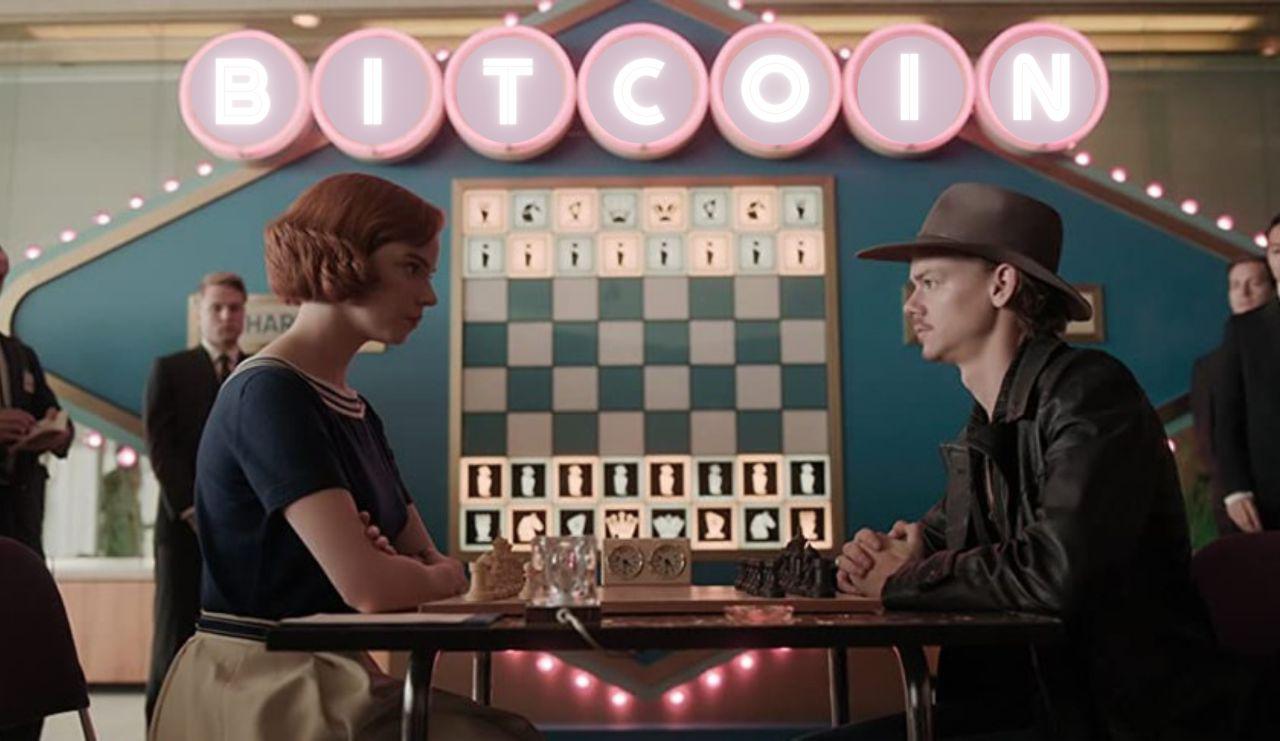 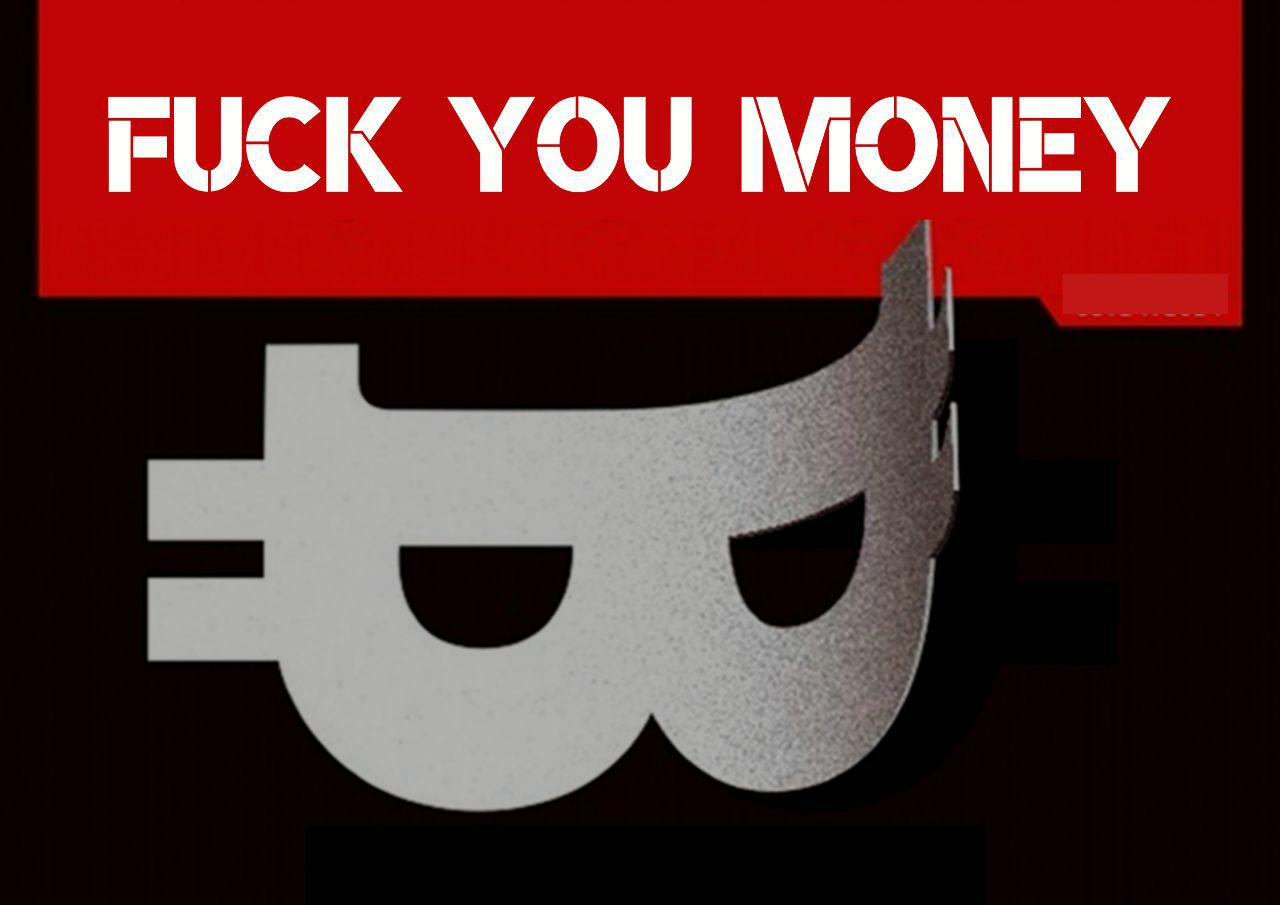 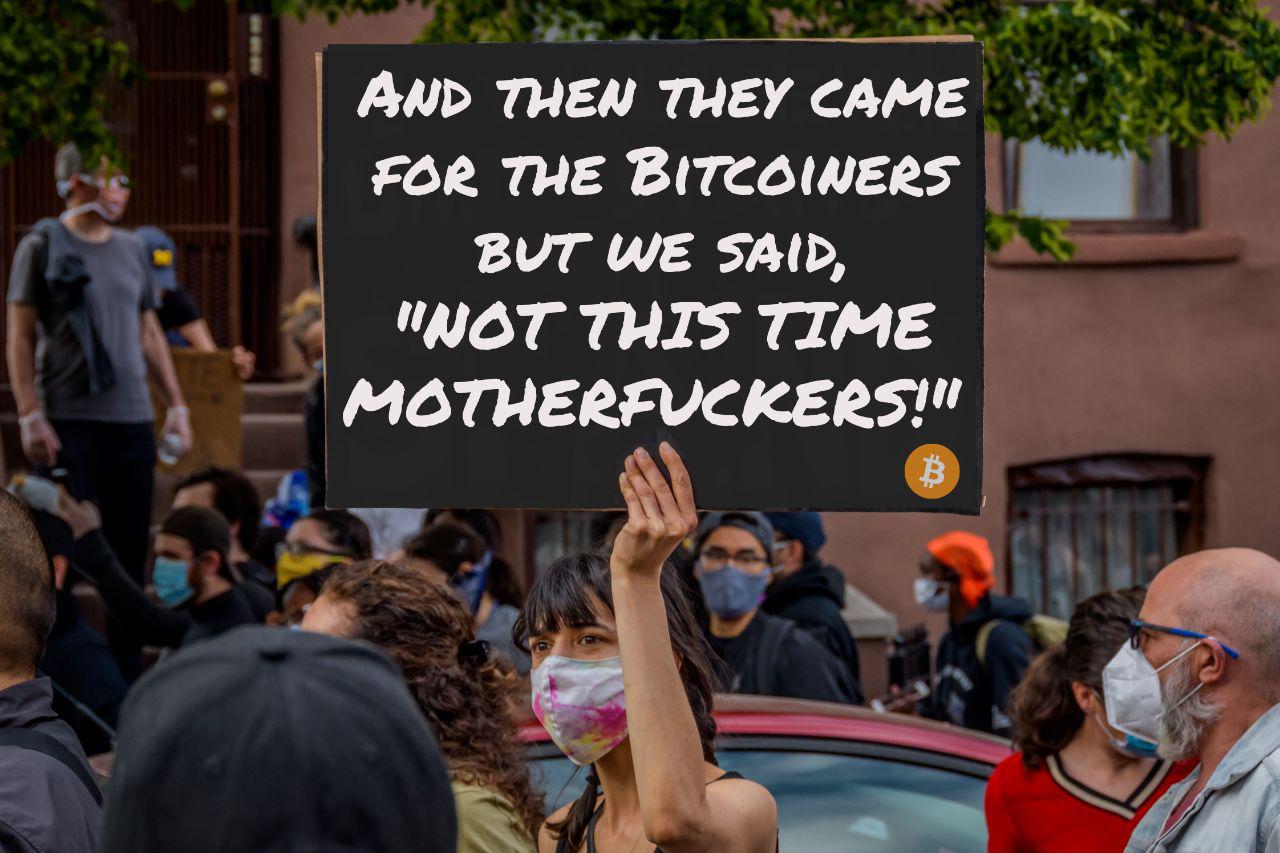 As our conversation comes to a close, my final question to my friend is what legacy would he like to leave behind? Is it a legendary meme? Orange pilling 100 people? Providing an important platform for Bitcoin culture?

Like any good father, his answer is his son. He wants to raise his child to be someone he admires, with all the traits of a “cool Bitcoiner”. In the meantime, however, he is going to continue his tenacious, unyielding proliferation of the word of Bitcoin through memes and 21ism. “In this way . . .” he says to me post interview, “ . . . I hope to make a small contribution to create a better world for [my son] and others when they are ready to inherit it.”