Julian Liniger & Adem Bilican founded Relai 2 years ago and this is their story. Together they’ve built a Swiss Bitcoin onboarding App for Android and iOS with no registration or KYC. It aims to be the world’s easiest Bitcoin investing app – getting sats into everyone’s pocket, allowing them to buy, sell, send, receive & store Bitcoin as simply as swiping right on Tinder. There’s no KYC & no account creation, in fact users don’t even need to give their email. It’s non-custodial with private keys remaining on the device and they actively encourage self sovereignty – seed backup, withdrawal, self custody and HODL education.

"If you want store of value – Bitcoin’s the only way to go. We want Relai to be the easiest on ramp to the best savings technology in the world, not for speculation or gambling."

Relai’s ‘secret sauce’ comes from their incorporation in Switzerland, a country with a desire to become a ‘Crypto Nation’ and an enlightened approach to KYC/AML regulations. Under 1k Euros per user, per day, money exchange businesses aren’t required to collect KYC/AML data on customers. This extends up to 100k Euros per year. Right now Relai accepts Euros & Swiss Francs through the SEPA network and focus on Europe. Theoretically though, the App is a Swiss virtual Bitcoin ATM and available to anyone globally that’s able to send Euros from any account with an IBAN. Fees are 3% with a 0.5% reduction through a referrer who receives a 0.5% kickback.

The only user data they have comes from App Store downloads although the APK is also available as a direct download. They’ve had most downloads in Germany & Switzerland, due most likely from their German language Social Media. There’s also been a wide take up in 38 European countries with strong organic growth in Spain lately.

"It sounds like a cliche, but for us it’s about freedom & banking the unbanked. Bitcoin opens so many doors to people. It’s just a matter of time. Bitcoin’s here to stay."

Julian’s professionalism and achievements so far are very impressive, even more so given he’s only 28.  He studied Psychology in Switzerland and then moved on to an MBA. He’s always had an interest in Tech and was introduced to Bitcoin by a ‘nerd friend’ in 2015 but didn’t go down the rabbit hole till 2017.  At the time, he was on an exchange semester in Silicon Valley as a wave of Bitcoin & Crypto hype was kicking off. The ICO bubble was in full swing and things were going a little crazy. He soaked up all he could about startups, Bitcoin and altcoins and came back pumped to do something full time in the space. After finishing the MBA, he opened a Consulting Company with the intention to Orange Pill the Swiss Financial Sector.

"I talked to banks, did workshops etc. but no-one wanted to listen . . . and they certainly didn’t want to pay for it!"

After a few knockbacks, Julian conceived the idea for Relai. He pitched it to Adem on a Swiss Bitcoin Association Telegram group and the spark was lit. They started coding it at a Fintech Hackathon in Zurich and two years later, they’re looking at some eye-watering investments on the horizon.

Adem’s from Bordeaux, France. He studied Biology and Bio-Informatics, with a focus on data Genomics. He lived in the Netherlands for a while before moving to Switzerland for a Bio-Informatics PhD near Zurich. After this, he left Academia, admitting it was always his intention to build a startup and put all his energy it.

Adem first discovered Bitcoin on a French Tech Blog around 2015, he learned a bit about the technology, but didn’t really invest time or money into it til 2017.  In Switzerland his interest really started exploding, particularly when he met and began chatting with Julian. Inevitably they self funded things and struggled with money a lot at the beginning. They both basically worked for free for the first year, during which their first investment allowed them to bring Relai to prototype and MVP.  Within three months of this, they’d launched the app and bigger rounds of investment started coming in.

Leaving the nine to five has been a loads more work, but the satisfaction and the joy its given Adem is clear to see. He’s got two babies . . . one of them is Relai – the other’s his son, born days before they launched last year.

"You have to learn fast & assimilate what you learn – learn & apply. It’s exhausting but I really enjoy it. We’re growing super fast now, building separate teams for marketing, technology & support."

Relai’s core team and their investors continue to grow but they also count as part of their team the community who’ve been part of this journey. That includes around 70 alpha & beta testers, 1000 users on Telegram & WhatsApp chats and thousands more Social Media followers, all of whom provide invaluable feedback on the project.

"Even though we’re now venture backed, we still see ourselves as a community project & want to give back to that community."

Adem used React Native to develop the mobile apps for both iOS and Android with a backend connection between the app and their broker Bity.com. They don’t keep any personal information, in fact there are no proper accounts, only references that enable Relai and users to restore users if they switch phones. They’ve been growing super super fast and are now working on a new back-end, made completely from scratch using Next-js, Kubernetes and Docker.

"Surprisingly there’s been little to no friction getting onto iOS App Store or Android Play Store."

Relai’s aim has always been to make access to Bitcoin easy but they’re also working hard to implement best and latest practices including custom fees, Native Segwit (imminent) and Lightning. In terms of onchain withdrawal fees they’ve implemented three fee levels – slow, medium & fast for one, three & six blocks. Custom fees are also coming soon thanks to them running their own Bitcoin nodes. They admit that onchain fees continue to be challenging and given the App’s trend to service a larger amount of smaller transactions, they feel it’s perfectly suited for Lightning withdrawal integration. “It’s in the pipeline.” 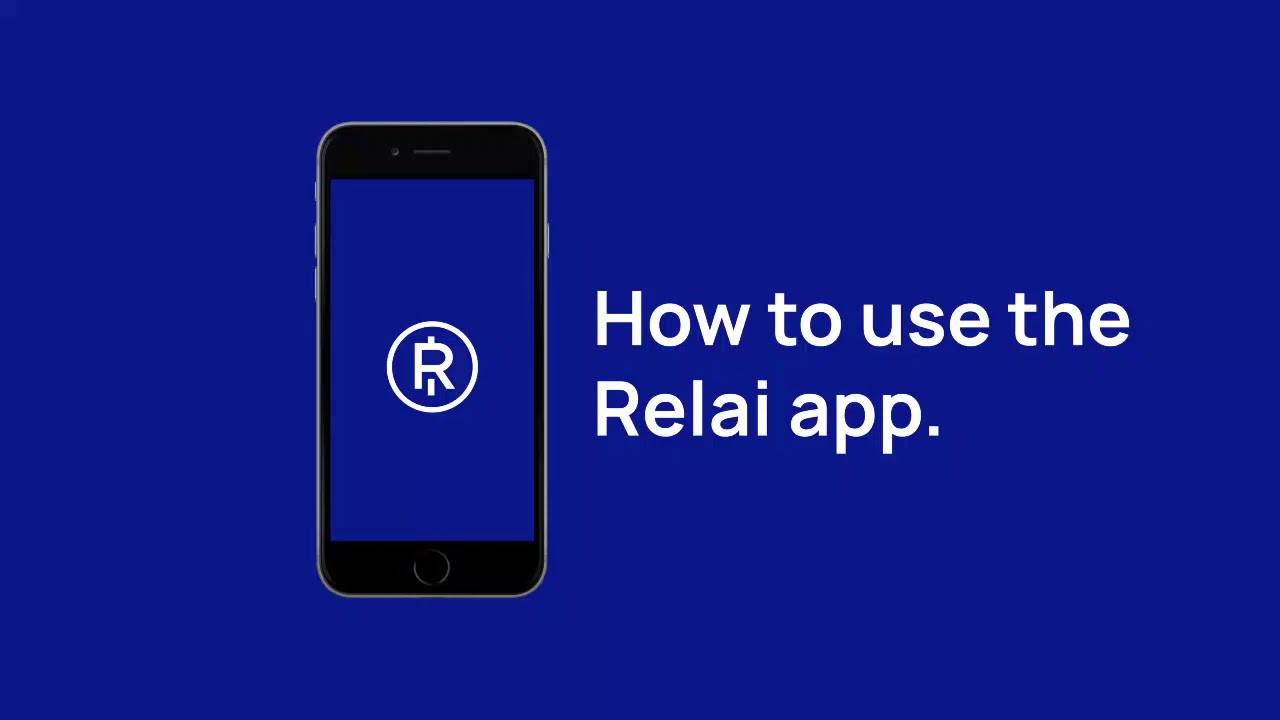 Relai are putting increasing effort into Bitcoin education & want users to learn about best practices – making self sovereignty not just for experts. A great example of this is their collaboration with fellow Swiss Company – ShiftCrypto.ch. Once users stack over 500 Swiss Francs, they’re prompted to move funds to cold storage. The Bitbox02 Bitcoin Only Edition HWW is suggested with a 5% discount through Relai.

"I think we’re in a great position to instill best practices & push education alongside the service."

As bitcoiners in the BTC echo chamber, it is tough for messages to sometimes get out. Our heads are rammed so far down the rabbit hole that we may as well be smoking a hookah with a giant caterpillar or eating Victoria sponge cake at the mad hatters tea party. Cryptograffiti’s brilliance with BTC vs FED, is to create bold messages that boldly go and penetrate where plebs rarely succeed – the realm of the no coiner (i.e. 99% of the population).

By creating simple, powerful, yet easy to understand messages in traditional media, backed with a striking design he makes the average person question their long held fiat beliefs and unwittingly offers them the orange pill.

Many great European Bitcoin companies like GetBittr with Ruben in the Netherlands struggled when tougher AML regulations hit Europe last year. Switzerland has fortunately adopted a friendlier position and is presenting itself as the ‘Crypto Nation’. Zug is Switzerland’s ‘Crypto Valley’. It’s a small canton and city close to Zurich and was the first regulatory body to be open and welcoming to Bitcoin companies. Bitcoin Suisse, the first and most well known example, was established in in Zug. The Ethereum Foundation settled there too, which has sadly led to an increasing shitcoin focus there now. There’s more Bitcoin Maxis in Zurich and Geneva apparently 😉

Julian & Adem are close to securing a new major round of investment, one that could enable them to really take things to the next level. They’re looking to integrate Native Segwit and Lightning, improve fee management and expand their marketing in other countries. They’re also very keen to provide better value for customers, reduce fees and integrate PayPal, Apple Pay & Google Pay Samsung Pay. There’s plenty in the pipeline.

The framework they use when talking to investors is the “Tom Sam Som Model” : Total Available Market, Serviceable Available Market and Serviceable Obtainable Market. The total available market is that of the whole world with Bitcoin trading volume globally at around 10 trillion USD right now and growing.

"If we capture even 0.25% of European volume that could give us 50M Euros annual revenue. We’re only just beginning."

Currently Relai are looking to recruit a CFO and someone in marketing, data analysis, growth hacking and administrative operations. If you’re looking for a job in Bitcoin, reach out with a DM or email. Likewise, if you’re a content producer & want to collaborate, they may well be interested in sponsoring you, particularly if you’re in a country they’re not yet established in. The Spanish Relai community has been growing fast recently, something that’s happened quite organically. If you think you can help build a Relai community – get in touch. Who knows where things might lead. We’re all so early.

"I think we’re really just at the beginning. The institutional money coming into Bitcoin is getting crazy and even more so in the next few months & years. As other currencies look to be collapsing, Bitcoin might just keep pumping." 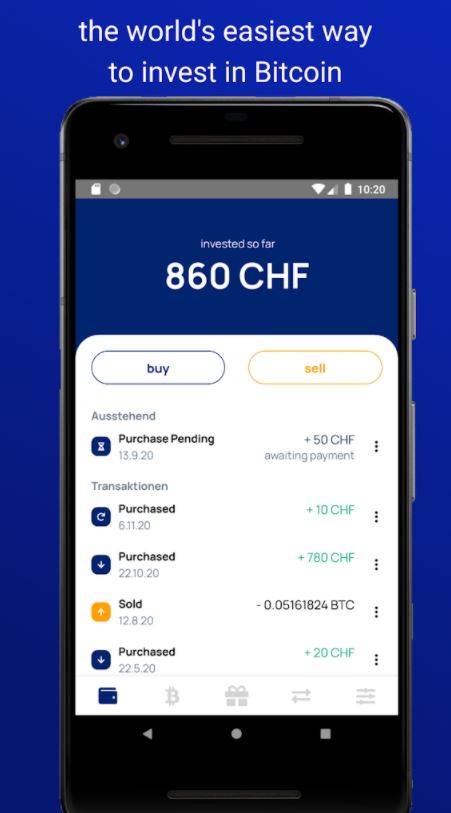 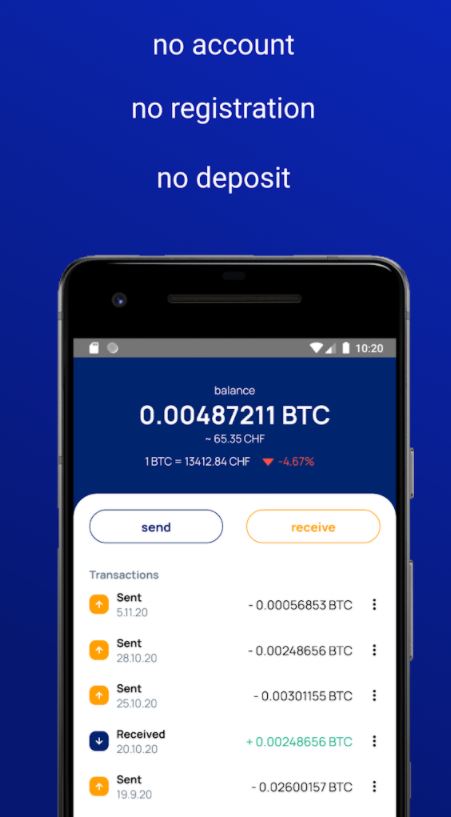