RD was lurking in the shadows & following the prominent Bitcoiners on Twitter for a couple of years before jumping in, in early 2020.

There came point for him that everything he viewed & tweeted was Bitcoin related. It was April 2020 and the Nigerian dancing coffin guys meme was trending. The idea for making it into a ‘The Death of the Dollar’ Bitcoin Meme sprung into his mind and the rest as they . . . is history. RD spent the next 24hrs mashing it together with free mobile apps.

"I posted it. And it just went crazy! It went viral within minutes. Bitcoin Magazine retweeted it."

"It wasn’t till I learned about Bitcoin that I realised money was the problem – how its created & how it isn’t filtering down."

He’s enjoyed making memes for years, mostly for friends in WhatsApp groups etc but given his rampant consumption of Bitcoin content, the decision to go in ALL IN BT became unavoidable. More than anything, it’s a way to articulate his thoughts and synthesise all these new Bitcoin ideas he’s been absorbing through Podcasts & Audiobooks.

He modestly claims to have never been great at putting his thoughts into words, but the memes flow freely. “I can communicate a lot more with images and video.”

"So that’s how it started. I thought, well, that was fun, maybe I could do more.”"

They vary in popularity of course – some go viral & some don’t. It’s always like that. The experience of getting a post that goes a bit more viral and getting that dopamine high. We all chase those highs, but it can also lead us down some crazy paths and meeting some awesome people.

RD’s been getting deeper and deeper into various Bitcoin projects lately.  Recently, he’s been on podcasts with 21ism on John Vallis, Swan Signal, Toxic Happy Hour etc. He’s also been collaborating with us at 21ism and had work featured on the Orange Pill Podcast by Max & Stacy.

"When I started getting attention on Twitter we were in lockdown. Now I’m working full time again.”"

For the last 12 years, he’s been his own boss running an IT & Network Security Business. His father, who retired 4 years ago, built the business & RD remembers standing over his shoulder watching him tinker with computers from an early age.

"We always had up to date IT in the house, I was always able to get my hands on it, tinker and learn.”"

In  a way it’s similar with his own child, “she’s way better on on an iPad than with pen & paper – a chip off the old block.” 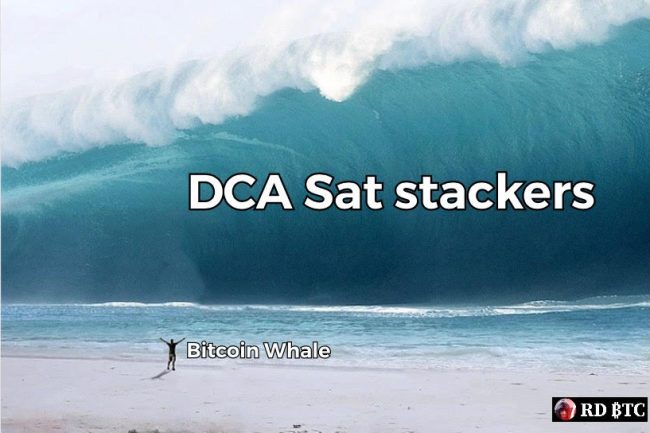 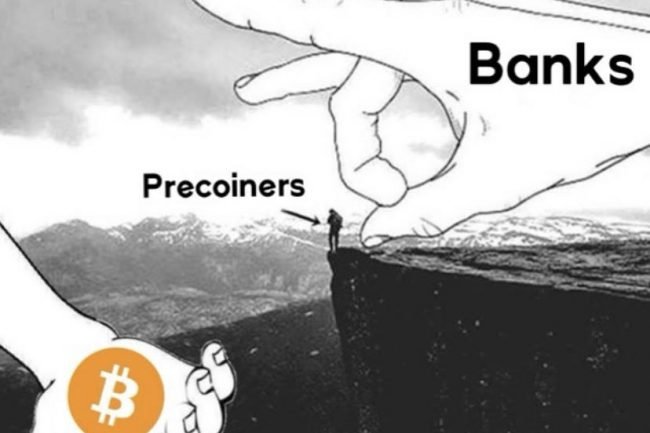 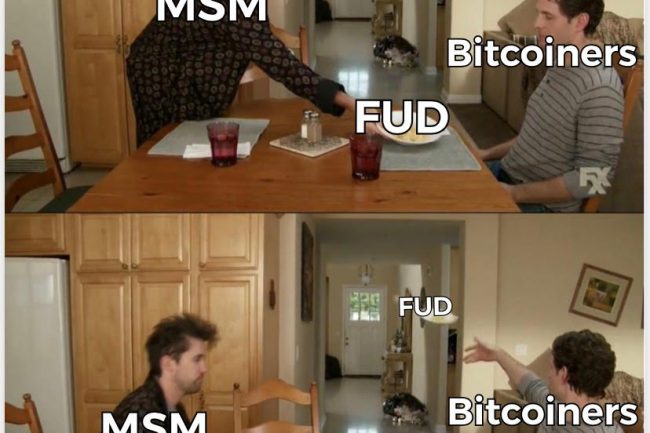 His business has been going well. He’s enjoying being his own boss and in a way, the work doesn’t really feel like work.

"I think the main thing I love about it is the freedom."

This freedom of not having someone to answer to, already sounds a familiar story amongst Bitcoiners. We’re keen to work for a better future. We’re keen to put the hours in. But we don’t necessarily like having a boss.

"My father, despite the early adoption of internet, programming and email, frustratingly, still isn’t grasping Bitcoin."

Despite RD’s shilling he finds it frustrating that he hasn’t engaged with it. “maybe it’s a pride thing. I don’t I don’t get it. Maybe he’ll come around. Maybe it’s just the point he’s reached in his life.”

More or less everyone else in his family, plus many friends have jumped aboard – some are full blown Bitcoiners.

He feels his memes are trend based, often inspired by podcast epiphanies. They’re always eye catching & fun but sometimes they can be timeless too. His Dead Poets Society Video on our 21ism Youtube Page is a really emotional one. If that doesn’t give you goosebumps –  you’re not human.

Way before Bitcoin, perhaps stemming from his father’s resistance to authority, he’s been an alternative thinker and sought explanations away from the mainstream.

RD’s known for some time there was something wrong, but couldn’t put his finger on it. I thought maybe Socialism sounded more compassionate.

"I’d been watching Kaiser Report for years & discovered Dominic Frisby. I listened to the first 10 minutes of his Bitcoin book, got out the car & said ‘I gotta buy some Bitcoin’"

That first 10 minutes  of Dominic’s was a Matrix style epiphany for RD. It was his Red Pill moment and he swallowed it whole. It all started falling into place. He’s a massive Frisby fan & had the chance to meet him too. ” Dominic’s got that quintessentially English accent, that’s easy on the ear, partuclarly for Brits.”

“We were told there wasn’t enough money, that we had to have austerity, but it felt like there was money. Where was it? Where did it come from? Who had it? Socialism isn’t the answer. Because the only way you can sustain that is by printing & that’s why we’re in this this mess.”

"Once I found Bitcoin, it all just fell into place. I started to learn how money was made, how broken the system is, and how much damage central banking is doing to the world."

Being involved with Max & Stacy on the Orange Pill Podcast really blows his mind. He’s been watching Max and Stacy for years and years. And then all of a sudden, he’s in this group and getting great feedback. They’re sharing his memes on the pod.

"I’m humbled by all these people who’ve inspired me, liking the stuff I’m producing. It makes it all worthwhile."

Once the dust settles on lockdown, he’d would love to visit America and meet some of these Bitcoin Memers IRL.

Politically, he’s lost interest, “We’re supposed to live in a democracy, but is it really? It’s totally disenfranchising. There’s just no ‘connect’. Unsound money produces unsound politicians. The power is where the money is. The FED wins either way”

"it wasn’t till I learned about Bitcoin that I realised money was the problem – how its created & how it isn’t filtering down."

RD’s focus and commitment has never seemed sharper. Our 21ism Team is super grateful to have him collaborate regularly with us. He’s developing strategy, structure & discipline. He’s honing his craft and it’s great seeing his journey unfold. 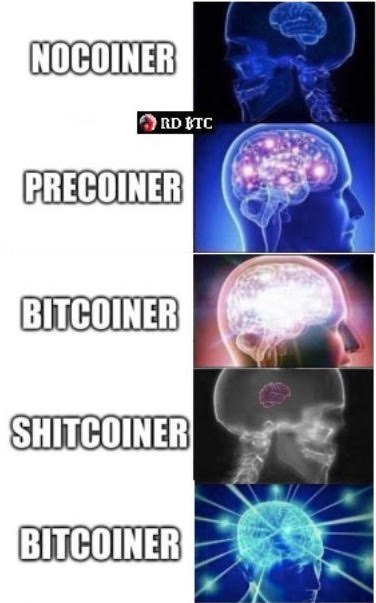 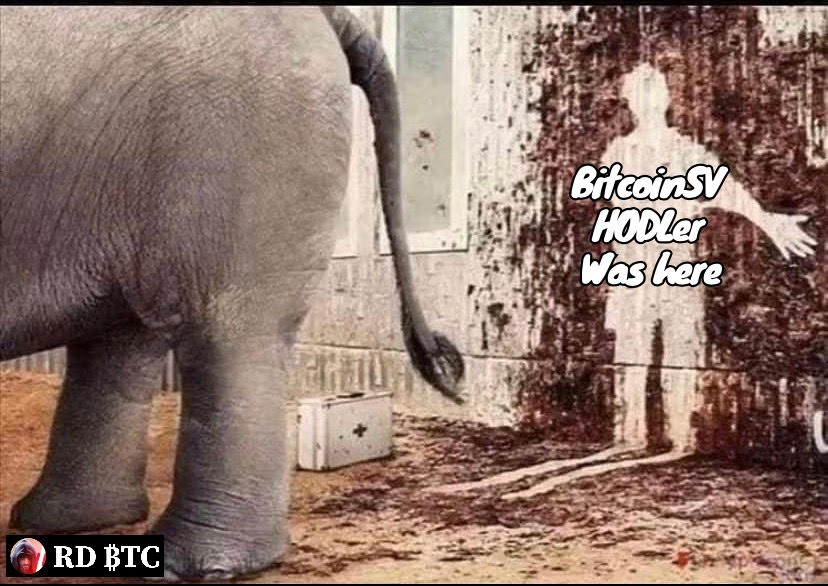 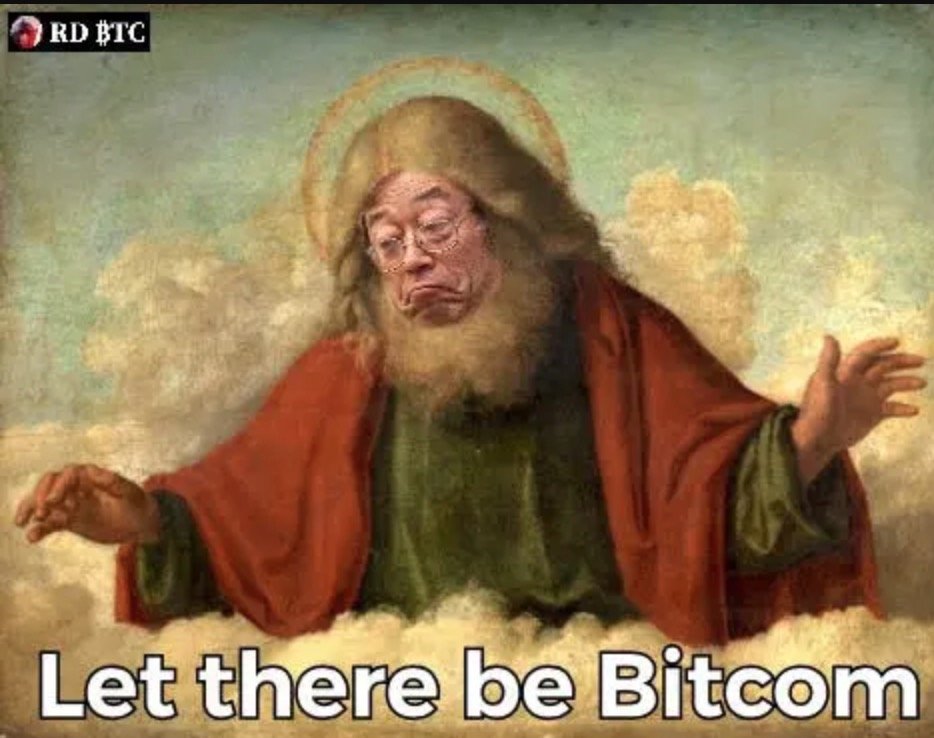