The Openoms protector meme hits home because it’s so true. For countless people around the world, he’s been the guy on the other side of a Telegram chat, who with infinite patience, walked them through their own mini Lightning existential crisis. He’s a rock and so many of us are grateful to him for his gargantuan contribution of time, documentation and one to one assistance during times of need.

His profile only continues to grow through prolific work on Bitcoin privacy, JoinMarket Raspiblitz integration and regular appearances on TFTC & Odell’s Citadel Dispatch pod. So who on Earth is Openoms? As a nym, there’s only so much we’re at liberty to say, but here’s an outline . . .

Openoms grew up in Hungary and was always fascinated by computers. He dabbled in gaming as a teenager, building a gaming rig, overclocking and hacking it through Windows. He toyed with doing Computer Science at University but instead embarked on a career in Medicine.

As a young doctor he moved to the UK and I had the great pleasure of working with him in this capacity in London. Seeing his star rise within Bitcoin only validates the prolific drive and intellectual curiosity he seems to have for everything in life – from medicine, to psychedelics, Bitcoin & kitesurfing.

His enthusiasm for computors always burned particularly brightly though and when he started running Linux, it launched a deep dive into the inner workings of the OS and command line that he keeps exploring.

"Linux is faster and more lightweight than Windows. You get to know your OS and learn the command line as you go. "

In 2013, he recalls doing some early calculations on Bitcoin mining but ended up deciding against it. In 2017 he did jump in however, building GPU rigs based on his prior experience with GPU gaming rigs. He mined a range of shitcoins, depending on what was profitable but realised pretty early on that the way to keep value was by holding Bitcoin – so he did.

"With Bitcoin you can verify all of the workings down to the machine level and really understand what underpins it. I’ve always loved that."

For a year or so he heated his flat through mining, with neighbours wondering why the windows were open in the middle of winter. In mid 2017 he became interested in Bitcoin’s Block Wars and UASF soft fork, and started figuring out the incentives and factions within the Bitcoin ecosystem.

Openoms feels lucky to have studied Medicine, human biology, physics and chemistry. Coming from that background gave him a certain scientific and objective understanding of the world. In many ways it’s a framework he’s rebelled actively against though.

Pre-pandemic he was a regular psy-trance festival-goer and feels there’s a lot of overlap between freedom seekers in Bitcoin and people who’ve taken psychedelics and reject what the system wants them to believe.

"Psychedelic experiences tear down your thought structures and get rid of all of the brainwashing."

“The Game Theory of Bitcoin aligns with my way of thinking and way of life. Securing the Bitcoin network raises it’s value for everyone involved. I’m pursuing my own benefit by building a secure, healthy environment, family and circle of friends.”

In early 2018 Openoms set up his pseudonymous Twitter account and began exploring code and the command line through Stadicus’ RaspiBolt Lightning Node Project. Building a node from scratch and seeing it working was clearly a defining moment. Lightning was less than a year old and still kind of reckless.

"Lightning Network is the path towards mass adoption – people interacting with Bitcoin without falling back to the base layer."

He lost 500,000 sats not being able to recover a backup, it wasn’t the last time he touched the stove and got burnt. He considers those sacrifices well worth the lessons though. Being close to the code and community as we was increasingly becoming was only making his conviction on Bitcoin firmer. He sees the ‘opportunity cost’ of those losses as a net win in terms of furthering his understanding and confidence in Bitcoin’s technology.

"LN has a Wild West feeling about it. You can’t imagine what’ll come out of it. It’s such an exciting space. "

His node collection only grew and he was soon contributing to @Rootzol’s RaspiBlitz, a more streamlined scripted DIY node project with an LCD screen that brings the Lightning Network alive for many Bitcoiners around the world. It’s a true Open Source project, one of the most respected in Bitcoin. His output into this community is impressive. It’s underpinned with an optimism about Lightning’s emergent future.

Openoms worked with @zkdesignstudio to design and build metal Raspiblitz node cases. They’re sublime and are available from diynodes.com My Blitz sits in one  of these – not only does it looks sick but it’s a great feeling to use Lightning and support the ‘builder’ circular economy in such a direct way. They’ve got metal cases for the @SeedSigner and SpecterDIY in the pipeline too.

Following up on the motivation that Bitcoin was giving him, he enrolled in Justin Moon’s ‘Buidl Boot Camp’, a Bitcoin coding course, mostly python based. He wholeheartedly recommends Justin’s Mooniversity.io as much for the social connections he forged and maintained through it as the learning to took away.

"Mooniversity.io is how I get into coding."

The course walks you through learning to code Python and Bitcoin from scratch. It’s accessible for anyone with very minimal programming experience and is genuinely a great place to start. If you want to do programming, Openoms advises setting up a dedicated machine for it, “one that’s clean, smooth and fast.” You don’t want to deal with any distractions, so no notifications, ads etc. Learning by doing is the way, ad hoc interactions with peers, watching videos, following tutorials etc.

"Getting into a flow state that unleashes creativity – that’s what I’m after. If you can achieve that & be paid for it, it’s a dream right? "

Openoms documentation resources are legendary : https://github.com/openoms/bitcoin-tutorials/ He produced these initially for himself but they’ve become a invaluable community resource. His Lightning Node Management Guide has helped many and is now available at lightningnode.info It’s also recently been translated into Spanish by a volunteer at es.lightningnode.info 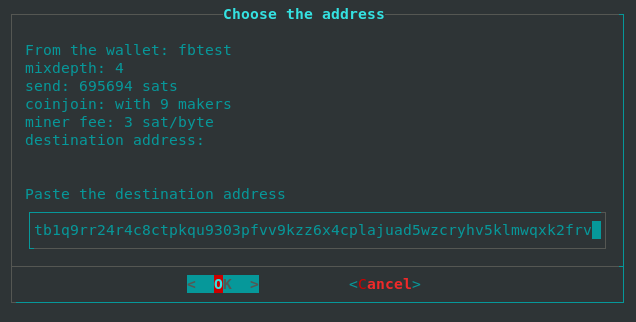 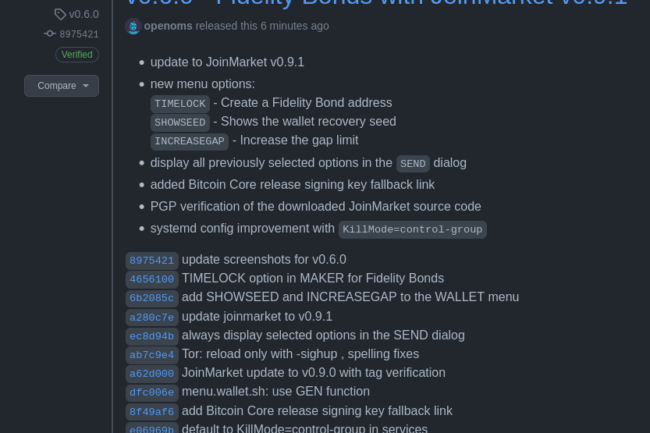 His appetite to learn has led him down many paths and into various projects within Bitcoin. When he stumbled upon Joinmarket, a Coinjoin implementation that started in 2015, it really piqued his interest though.

With JM you create and participate in quadrant transactions which for privacy reasons detaches the history of UTXOs from their history on the blockchain. It’s useful for people who want to spend privately or don’t want their financial history to track them. Bitcoin’s base layer provides radical transparency but extra steps like Coinjoin can facilitate greater privacy within the system.

"JM has very well vetted code looked at by seriously talented & experienced people. It’s a great lens to look into the inner workings of Bitcoin transactions through."

Joinmarket’s largely been a command line experience until recently with graphical user interfaces being pretty rough around the edges. Openoms has contributed greatly to JM’s GUI development though, particularly on Raspiblitz.

His major contribution is Joininbox – a GUI menu system for JM that enables people to use it without looking up syntax. It greatly streamlines installation and now comes pre-flashed on the latest Raspiblitz SD card images. You can literally be up and running in minutes. It’s menu system might remind still people of  early MS-Dos days but it’s very functional and massively simplifies the experience for novice users.

"When you hear Openoms speak about code you feel him light up. It’s almost like his inner child playing with the Bitcoin network.
"

Openoms lives and breathes Bitcoin. He’s a builder in the truest sense of the word and continues to forge a path and grow his network online and in meatspace.

On the last day of a recent @BitcoinRetreat weekend on a North Wales beach, we rigged up a 15m kitesurf kite together in the rain. Openoms did the first flight, checked the lines and gear for snags, got a feel for the gusts etc. I hadn’t flown in years and had butterflies in my stomach as I was buckled in and took control of the bar. That feeling though . . . wow. It’s a trip.

In many ways, Openoms is putting Bitcoin’s tools in the hands of plebs and launching them into a bold new Cypherpunk world. We’re genuinely blessed to have him.

"Bitcoin is a network of value rather than a network of cables. It’ll reorganise society in new and very positive ways."