"I believe Bitcoin is the way forward & that music can be a great way to introduce it – a sneaky inception point."

Eric’s powerful BLM & Bitcoin speech resonated strongly for many of us including Kristy who was involved in London BLM marches herself at the time, early 2020.  She saw how a lot of people here were a feeling really helpless and unsure how to move forward.

She was photographed in Vogue with a “Bitcoin & Black America” banner at a London BLM rally. The viral response to this photo was a ‘a bit mental’. There was a lot of support behind that photo in January. This and Eric’s speech imbued her to sample it into her music and create a music video, releasing it as “The System is Fucked”. It’s available on Spotify, Soundcloud amongst other platforms and vividly captures the energy of BLM & Bitcoin. We fell in love with it at first listen.

When she made the track, we weren’t as fucked as we are now. She sees our ‘rigged game’ economy as primarily serving ‘rich white men’. Eric speaking seemed like a profound, holy moment to her . . .

"The Bitcoin community’s been talking about the Perfect Storm for a while. Sometimes the music comes when you need it most. The speech just resonated with me."

‘The System is Fucked’ is an artistic celebration of the speech & she hopes it resonates for others & start the Bitcoin conversation, particularly amongst people that wouldn’t normally have discovered it.

Kristy’s a snowboard addict whose played/ridden at 8 Snowbombing Music Festivals in Mayrhofen, Austria. Pre-COVID, 5000, mostly Brits, descend on this cute Austrian town every year and inevitably cause some mayhem.

"Isn’t it crazy that we’re on this island & being shut out. Nobody wants us anymore.”
"

One year she did back to back Snowboard Festivals, driving from Horizon Festival in Andorra, breaking down in Italy and arriving at Mayrhofen bang on showtime.  She used to be a presenter at Snowbombing, interviewing DJs. Her agent at the time suggested she try DJing so she dipped her toe and loved it. With all the contacts from the Festival scene she had . . . well things . . . they just snowballed (sorry;).

Her mum’s a Scottish actress who met her dad touring. He had a HiFi shop in Scarborough, North Yorshire and he’s been a massive part of why she’s so addicted to music. She was the kid that made everyone a playlist or mixtape. He had the most incredible record collection Beatles, African Music, 70s/80s Rock.

"Playing my dad’s records to people and connecting to them through music was an incredible feeling, like I was carrying his energy through the music."

Growing up in Watford, she found herself around a lot of Creatives. Despite the local clubs being pretty poor, she got fired up at nearby ‘Forest Parties’ (technically Raves). A lot of musicians came out of this scene. She’d go out in Camden quite a bit too, loved dancing & the live music there.

Moving to East London, she found an intimate, vinyl obsessed venue called ‘Brilliant Corners’ in Dalston. She fell in love with the place. It’s the first place she saw people play a record in its entirety, wanting to hear every element of the song.

"It’s about appreciating the DJ’s Craft – Intro to Outro. People would stand there clapping to these beautiful songs. I thought, ‘This is wicked!"

"It’s so nice to go to a venue where people have their eyes closed listening to music – no judgement."

The typical pre-COVID clubbing experience was very organised, there’d be signs for the toilets and tokens for drinks. Everyone’s, on Instagram and filming stuff on their phone. That didn’t happen at Brilliant Corners – intimate venues like that are few & far between. 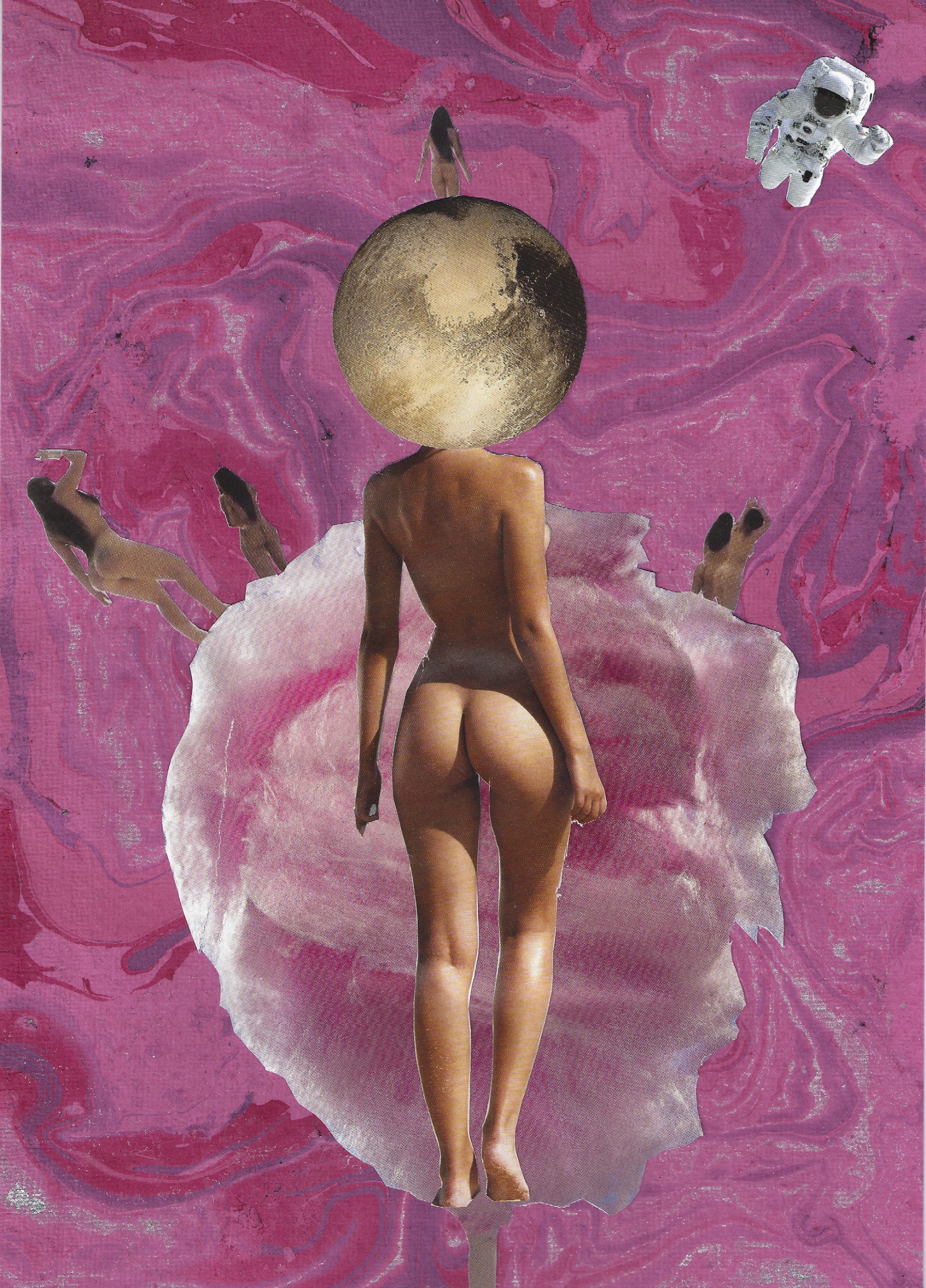 Kristy’s seen friends in the music business or with venues, just about get on their feet after the first lockdown, make a bit of money & then get locked down again. How can small independent businesses and venues weather that? It’s so tough.

"I noticed such an energy change around October in the Music & Creative community. People went from ‘It’s okay, to . . . we’ve got a winter of this!’"

It’s so difficult for a lot of artists in this current climate because they’re struggling, trying to make money and make time for creative practice. They’re doing 10x more trying to be creative plus supplement incomes via other avenues.

London’s changed & it breaks her heart. Who’s gonna survive this musically? The top tier artists getting paid huge fees. It’s the middle tier of artists who are really suffering, the people who’ve put 10 years into their dreams. Their dreams and livelihoods are getting lost.

"When restrictions are down, many of the small shops & music venues will have gone. I go through phases of being very excited about the future to not sure if I can see one."

She can see some positives in what might come – young artists at home, creating & making. They’ve had an opportunity to develop their craft, learn skills & create music. She see that as really beautiful and has optimism it could bubble into something of a Renaissance.

Kristy Harper
The System is F*cked

Kristy admits to a heavy fluctuation in productivity and see that as totally normal. Its based on how happy she feels and the environment around her.

"I get a lot of energy from other people, from the crowd, other DJs & discovering new music."

In a way, this downtime has made her fall in love with music all over again. She/s not tired, her ears aren’t hurting from DJing 5 nights a week. She can take the time to lay on the floor and really listen to the music again. Over lockdown she’s been making lots of remixes & new tracks that she’s really excited about. She recently released ‘My body. My future.’ It’s got a powerful sample from model Samirah Raheem, that she heard at the Amber Rose Slutwalk in LA. She’s really loving sampling again, particularly vocals and speeches with emotional & political messages like this and Eric’s.

"When I heard Samirah Raheem, I was like, I need to sample that."

A few years back whilst she was in a bit of a creative rut, sitting on unreleased demos, she found herself in Rishikesh, India. She went to an Ayurvedic Doctor to get her Dosha read and received some profound words that she sees as great advice for all Creatives.

"Ayurvedic Dosha man told me to shut the door on things, put them out into the world, stop sitting on them."

She’d been curious about Bitcoin since 2015 but in 2017, she asked a close Bitcoiner friend to explain things and really break it down for her. He did, sent some resources and things just spiralled from there. When she saw the optimistic potential and learned about the Cypherpunk Movement, it resonated with her. She fell down the rabbit hole and hasn’t stopped reading and consuming Bitcoin Twitter since.

"Anyone who’ll listen, knows how obsessed I am with Bitcoin. There is an alternative. You can become self sovereign. You can protect your wealth."

She’s big fan of Max Kaiser & Stacy Herbert, loves their energy and went through a phase of listening to them every day. “Max has no filter. He’s so insanely passionate.”

She’s helped set up friend’s wallets & exchange accounts, knowing how difficult that part can be for people. She’s trying to develop more tact when shilling Bitcoin now, asking people questions that they answer themselves. She finds people are often more interested that way, ruminate on it & get back to her with questions of their own.

"I’d be depressed without Bitcoin. It’s one of the few things getting me through. Its never had any doubt in itself."

Kristy rents a studio in Hackney Wick, East London and prduces most of her music there. Her gear includes a MIDI keyboard, MPD sampler, microphone, Yamaha monitors & a laptop. She’ll also hire extra kit like Korg Synths when needed.  She sees the electronic music promotion scene as very different from the wider commercial music scene.  She makes tracks, sends them to labels she loves & they either like them or they don’t. She’s not tied into contracts and likes the arrangement.

"I believe Bitcoin is the way forward & that music can be a great way to introduce it – a sneaky inception point. Someone might listen because they like 80s synth or breakbeat but an audio sample over the top can seep into their psyche."

If you can put the Bitcoin message out there, offer something new, a different way of thinking, it can be a trigger point for people. It’s a way to get messages to people who wouldn’t normally be open to accepting them. People see or hear something a few times, and they take notice. Using a variety of mediums can help introduce challenging new ideas. Hit them through more channels & it just clicks at some point.

"I’m on Bitcoin Twitter all the time & I’ve a folder of stuff that’d be great to sample."

DOOOOO IT KRISTY!!! DOOO IT!