This month’s music block showcase, we shine a spotlight on the creative work of DJ J Scrilla. It’s not an exaggeration to say this guy is a multi disciplined, one-man Bitcoin art enigma.

Alongside his music, he has contributed to the space as a visual artist and as an OG meme maker.

Just as his creative methods vary wildly, so is the way he identifies himself, kinda like Puff Daddy, P Diddy, Puffy (or whatever the hell he is referring to himself as now) minus the pretense,  pomp and fiat tendencies. In the music space he is DJ J Scrilla, as visual artist he is Rare Scrilla and when making memes he refers to himself as Scrilla Ventura. For the sake of this article I’m just going to call him Scrilla, which he points out to me is a American West Coast slang term for money.

"You know, as I kind of, I’ve always transitioned the name just based on what I’m doing." 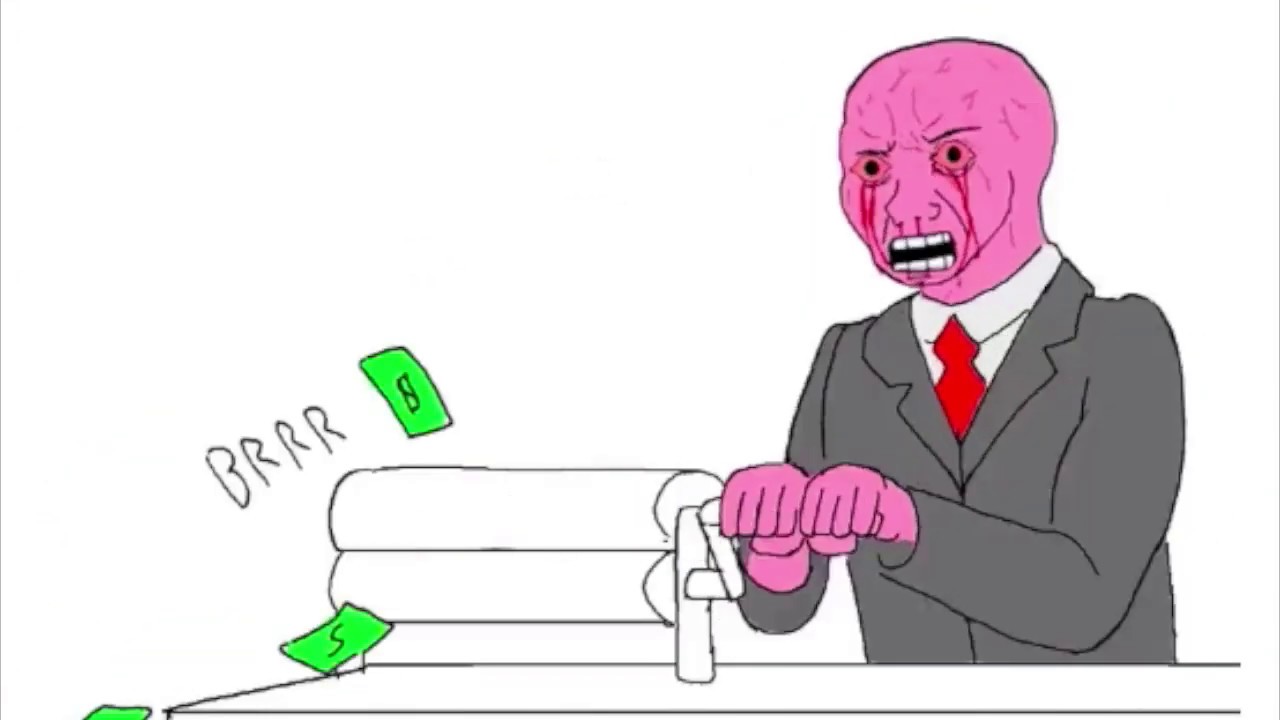 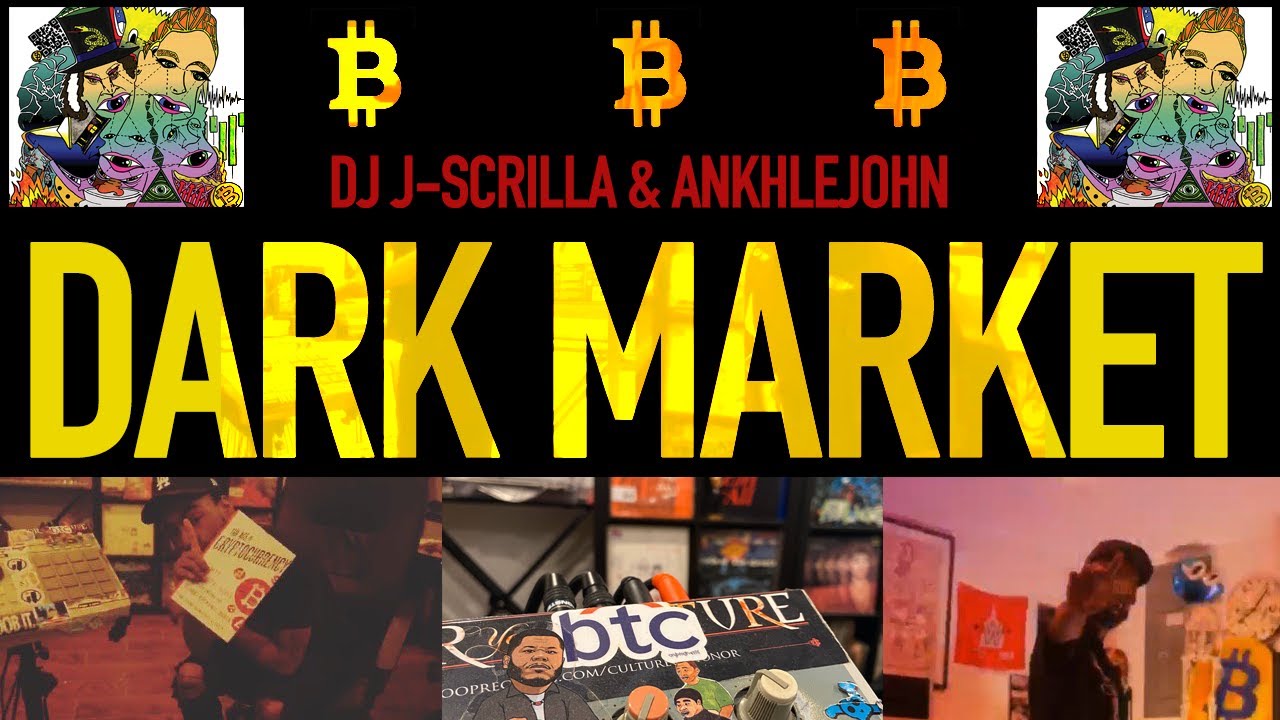 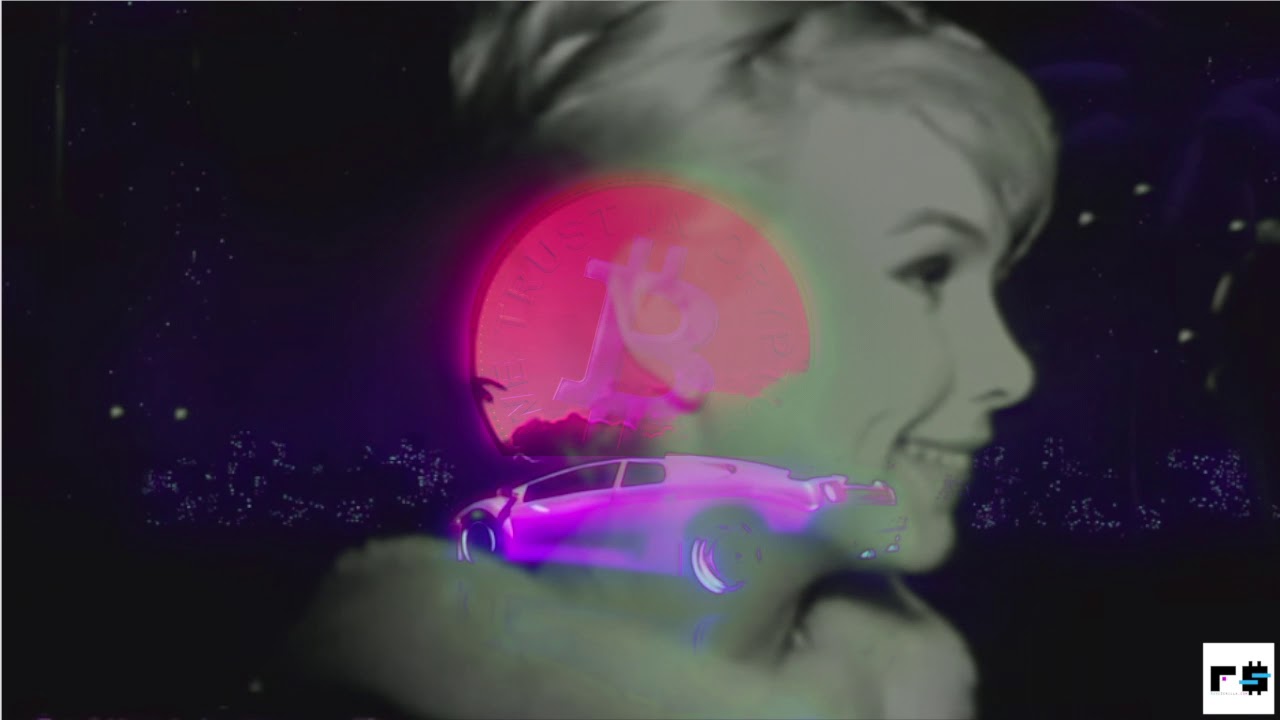 Scilla’s rabbit hole journey started in 2012, where a lot of life changing events left him financially unstable. Forced to live in his studio and with a newborn on the way, things were difficult. During this period he found Bitcoin and it began him on a path that propelled him into being a full-time creative. By earning, hodling, evangelising and believing in the fledgling Bitcoin network, it enabled him to focus solely on his creativity.

Like many of us Bitcoiners at that time, the practical use of the asset on Silkroad transactions without a third party, captivated Scrilla. So much so, that in 2013 he gathered a few producer friends and made a concept album about the infamous darknet market. By gathering samples from the media for use in the recording, he began to learn and research about the transactional technology behind Bitcoin and go deeper down the rabbit hole.

Around the same time, whilst joining and contributing to Poloniex Trollbox and telegram groups, Scrilla noticed the impact of the meme format and ensuing hilarity and virality.

Not one to shy away from a new creative medium, he dove head first into minting pieces on Counterparty (a protocol built on top of Bitcoin blockchain) and adding his own twists to the now infamous Pepe memes. His hip hop slant on Matt Furie’s cartoon frog include RUNDMP, Run the Pepe and PWAPWAPWAPWA (these can still be found on digirare.com).

It was these communities that Scrilla contributed to that has spawned two key additions to the Bitcoin culture – trolling Ethereum/ICOs and Cryptoart. The former has become a staple of Bitcoin twitter and a rite of passage for every new cyber hornet. The latter has only recently matured, but is now making waves.

Recently, “crypto artist” Beeple sold a single crypto art piece for a record $777,777 and made $3.5 million dollars selling the ‘Everydays’ collection over a single weekend.

The gravity of the sale was not lost on Scrilla and he penned a piece on his blog snappily titled ‘Beeple just made more money than the president makes in 1 term. In a fucking weekend… selling cryptoart.’

More than just the price, to him it was vindication of his belief in cryptoart, watching it grow from that small telegram group to what it is today.

However, modern cryptoart is a divisive issue amongst Bitcoiners as the majority of the art is minted on the Ethereum blockchain. This wasn’t always the way, as NFT art tokens were initially layered on Bitcoin. The switch occurred sometime in 2017, largely due to the influence of Ethereum VCs and people’s hesitance to turn Bitcoin, the hardest form of money, into an art token.

Scrilla like many creators wants to see his art live forever and maintains this can only be done by minting art on the network that will outlast them all – Bitcoin. The developer community is catching up and in the next few months we can see some exciting developments in “crypto art” minting from projects such as RGB on the lightning network. In the meantime, Scrilla is happy to mint Ethereum trolling pieces like his ‘ETH Mile’ on Vitalik’s own blockchain.

Perhaps his most lauded work in the community is Scrilla’s sonic homage to Bitcoin  – Sound Money. Released in 2020, he has taken his trademark raw, soulful, edgy and eerie hip-hop sound and spliced it with Bitcoin related samples from a wide range of sources including Andreas Antonopolos, David Bowie, Hotep Jesus and John McAfee. The result is a DJ Shadow-esque sound collage of dirty beats and MCs that hits as hard as a bull run.

Coming in at under half an hour, the record covers so much ground in such a small period of time. It covers topics straight out of a cypherpunk’s wet dream including self sovereignty, fall of banks, privacy, Satoshi, hard caps and money printer go brrrrrrrr.

Guest vocals on tracks come from rhyme spitting holders ANKHLEJOHN, Rome Streetz, K-Beta and Fleetwood Deville. Each has their own unique style which, when combined with Scrilla’s wizardry, provide a comprehensive catchy flow of Bitcoin positivity.

Scrilla has done something really impressive on Sound Money. He’s created an album about Bitcoin, that not only appeals to hardcore plebs but something no coiners will enjoy and go back to. Seriously, if you have a set of working human ears, stop reading this and check it out.

"I enjoy doing ‘cutting edge shit’ and stuff that hasn’t been done before. I hope that [Sound Money] is something that will live on past me. "

So what about the future for this creative enigma? Well for a start he won’t have to worry about his son’s college fees. At only 7 years old, Lil’ Scrilla has earned more Bitcoin than 99% of people through making “crypto art”. He also talks about it all the time to his teacher and classmates. Legend.

Scrilla himself is thinking up the next medium he can work with. When speaking to him, he said he might turn his hand to stained glass. Normally I would laugh at someone if they said this and chalk it up to sarcasm, but when you are dealing with a multi disciplined creative badass – it’s par for the course.

But before he crafts Bitcoin’s version of the windows of Sainte Chapelle, Scrilla is turning his hand to the follow up of Sound Money, tentatively titled ‘Sound Money 2’.
Rather than passively collecting samples like the first release, he has actively been selecting sonic gold nuggets for the sequel.

I can’t wait for it to hear what he has in store for what is sure to be the official soundtrack to an incredible 2021 in Bitcoin. 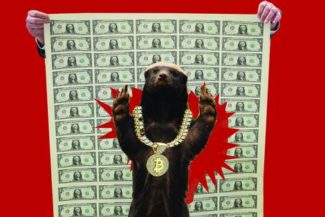 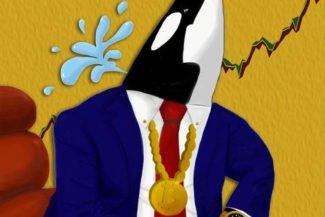 BITCOIN GUISE ALL OVER PRINT HOODIE BY RARE SCRILLA