One of the best things about contributing to 21ism is that I get to talk to some of the most creative minds in bitcoin. At a time where freedom is restricted and I am stopped by police when I leave the apartment, I am so fortunate to have an outlet where I can escape and explore other amazing people and cultures in the world. This month, I was beyond excited to talk to one of the Godfathers of Bitcoin art – the one and only Cryptograffiti, live from my small kitchen in rainy Wales.

Now, I can’t remember the last time I had a talented art pioneer of a global movement in my flat. Up to this point, the most talented person who has visited my kitchen was my mate Dave, who’s party trick would be to fit a whole ripe orange in his mouth. Very impressive you might say, but not exactly very clever. It may be puerile to compare my fruit guzzling friend to a world renowned artist, but therein lies what separates the genius of Cryptograffiti from other talented artists in the bitcoin space – his art is both very impressive and extremely clever.

CARVING A PATH IN BITCOIN

As he recounts his rabbit hole journey you can tell this is an artist that thinks beyond the norm. Rather than starting at the first time he discovered Bitcoin, he tells me of the pre orange pill experiences that shaped his anti-authoritarian stance.

When combined with his environment in San Francisco and the influence of Silicon Valley he inevitably discovered bitcoin and was hooked. After a chance encounter with Casascius coins (physical metal Bitcoins by artists Casascius minted up until 2013) he began crafting his own take on physical bitcoin, using credit cards and banking materials.

"the idea of using repurpose banking materials in the work to teach and signify that change was happening. And to sort of, like rub it in the face of these bags that have taken so much from us to use, like the tools that they’ve given us against them was powerful for me."

From there it was taking the art onto the streets, attaching QR codes with private and public keys to pieces, to experiment if people would send/receive bitcoin. Without knowing at the time he had laid down one of the key trademarks of his work – encouraging the consumer of his art to physically interact with the bitcoin blockchain.

In one of his pieces ‘Time Chain’ (2019) he etched 24 words of a seed phrase to a wallet containing 1 bitcoin on stainless steel plates under primer, paint, the fiat currency and lastly, a coat of resin. If the owner should lose faith in Bitcoin, his career or have some other rationale for needing access to the funds, they may do so by destroying the artwork.

However if they remain patient, the owner can preserve both the artwork and the bitcoin as every year on Oct. 30th, Cryptograffiti reveals one word from the seed phrase to them.

The piece itself is beautiful and a very welcome addition to any wall, but it is this ingenious toying with the age old question of the value of art, that really creates intrigue around his pieces.

"[Time Chain] is a fun look at and how we value the relationship between artists and collectors and Bitcoin versus physical work."

Another playful jab at the art market is his bitcoin take on the Art Basel Banana (or ‘Comedian’ to call it by its official title) by   Maurizio Cattelan. The original piece, which consists of a banana duct taped to a wall sold for $120,000. As you can imagine this caused a bit of stir as critics quickly pointed out that any old fool could create this piece (maybe there is hope for you yet Dave). Cryptograffiti took this concept, but instead of just taping the tasty yellow fruit to the wall, etched a private key into its soft flesh and placed it on a public wall. Anxious fans then faced a race against the clock to locate the banana before it rotted away and the key was lost forever. For those readers concerned for the safety of the fruit and the bitcoin attached to it, I discovered in our conversation, that a collector had found it and attempted to preserve it in a freezer. Amazingly there are plans to display the vintage banana at the next Bitcoin conference. If this goes ahead, it is likely to be the first bitcoin art piece where you will be able to smell it before you see it.

"I think ultimately, as everything gets sucked towards Bitcoin, it’s just gonna make more and more sense for artists. I think the ethos of Bitcoin being freedom and true decentralisation resonates with artists more than they may even realise right now."

It is, however, when Cryptograffiti turns his hand to the topic of bitcoin activism that his work truly shines. This is an artist that deeply cares about the fundamentals of the bitcoin philosophy of freedom, privacy and empowerment. Unlike some in the cryptoart community who spout these values to help shift some art, he has immersed himself in some of the places where bitcoin is needed the most. He tells me of the time in 2014/2015 where he moved to South America to experience the flaws of a broken political and monetary system first hand, immersing himself in the culture. These experiences inspired him to create a mural in Venezuela depicting the image of tyrannical President Maduro on across 1000 tiled Bolivar notes. People from across the world could then donate bitcoin to remove one of the bolivars notes and ‘take down’ the dictator. All the Sats raised were used to kickstart the local bitcoin economy among refugees, providing orange coin education and a payment rail for food kits. As the saying goes, give a man a fish and he can eat for a day. Give a man bitcoin and he can take down the whole system.

"I really just see this as a movement that’s for the people, right, and I eventually will have kids and I am very concerned about topics like privacy and how inflation is just really exacerbating the wealth gap."

Fast forward to 2021 and Cryptograffiti has set his sights on a larger beast closer to home. Concerned with the effect of the increasingly deafening noise of printers going Brrrrrrrrrr, his latest target is none other than the US Federal Reserve. In his latest piece, BTC vs FED, 12 billboards have been placed in prominent working class areas, across the United States, that house a branch of the Reserve bank. Each billboard containing his iconic dollar design and a unique pro bitcoin message.

"I think it’s most important to get the word out to people who are stuck in this cycle of either paycheck to paycheck or very close to it, where they can’t invest in assets that might hold their value better than just keeping the money in the bank."

His calm, cool, reserved demeanor doesn’t seem phased in the slightest by essentially pasting a giant ‘fuck you’ in the back garden of one of the largest global financial powerhouses. In fact, when asked about the pieces, he seemed more concerned with getting the message focused to onboard as many American citizens to bitcoin. And with good reason.

"[BTC vs FED] walks through some of the key points that I think are really crucial to the future of humanity and why the Fed fucking it up."

As bitcoiners in the BTC echo chamber, it is tough for messages to sometimes get out. Our heads are rammed so far down the rabbit hole that we may as well be smoking a hookah with a giant caterpillar or eating Victoria sponge cake at the mad hatters tea party. Cryptograffiti’s brilliance with BTC vs FED, is to create bold messages that boldly go and penetrate where plebs rarely succeed – the realm of the no coiner (i.e. 99% of the population).

By creating simple, powerful, yet easy to understand messages in traditional media, backed with a striking design he makes the average person question their long held fiat beliefs and unwittingly offers them the orange pill. 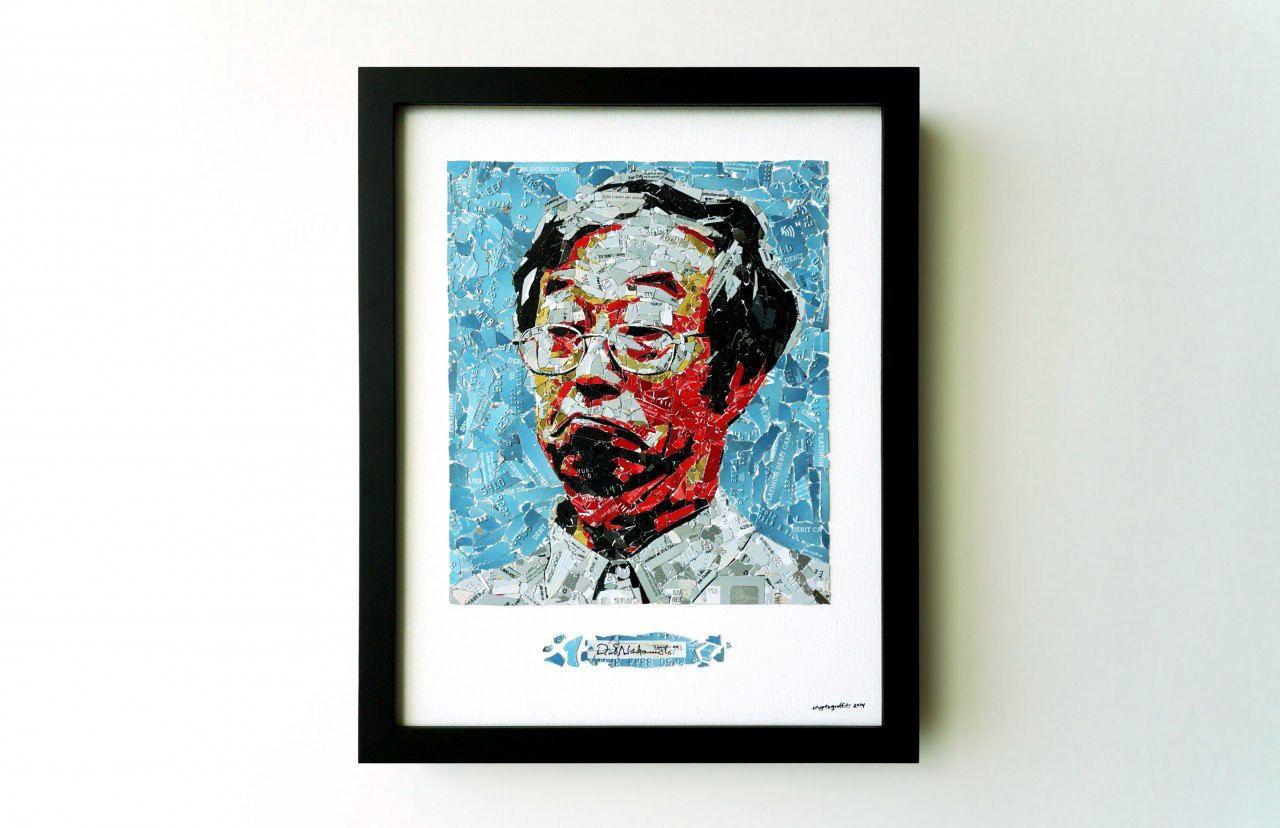 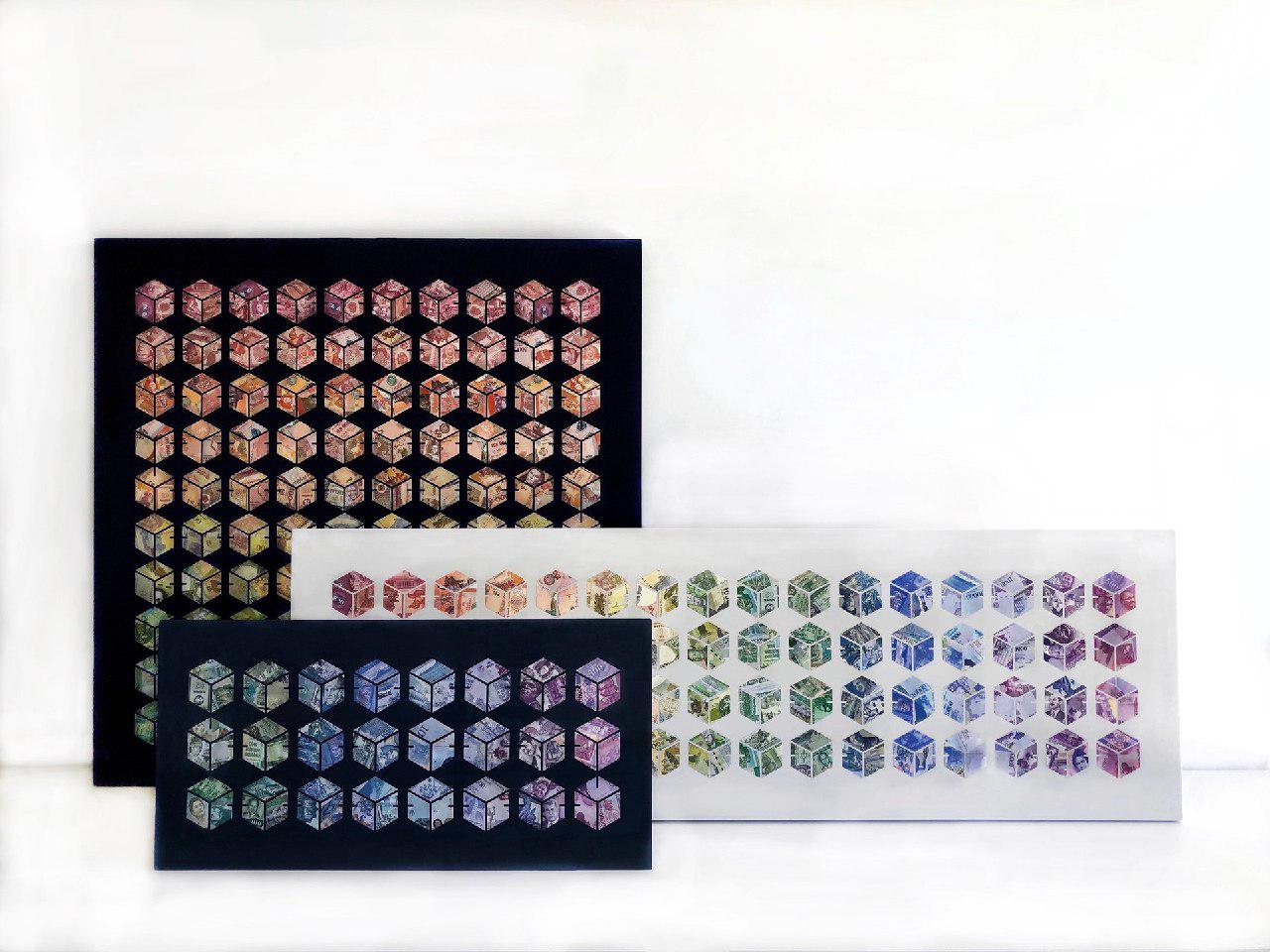 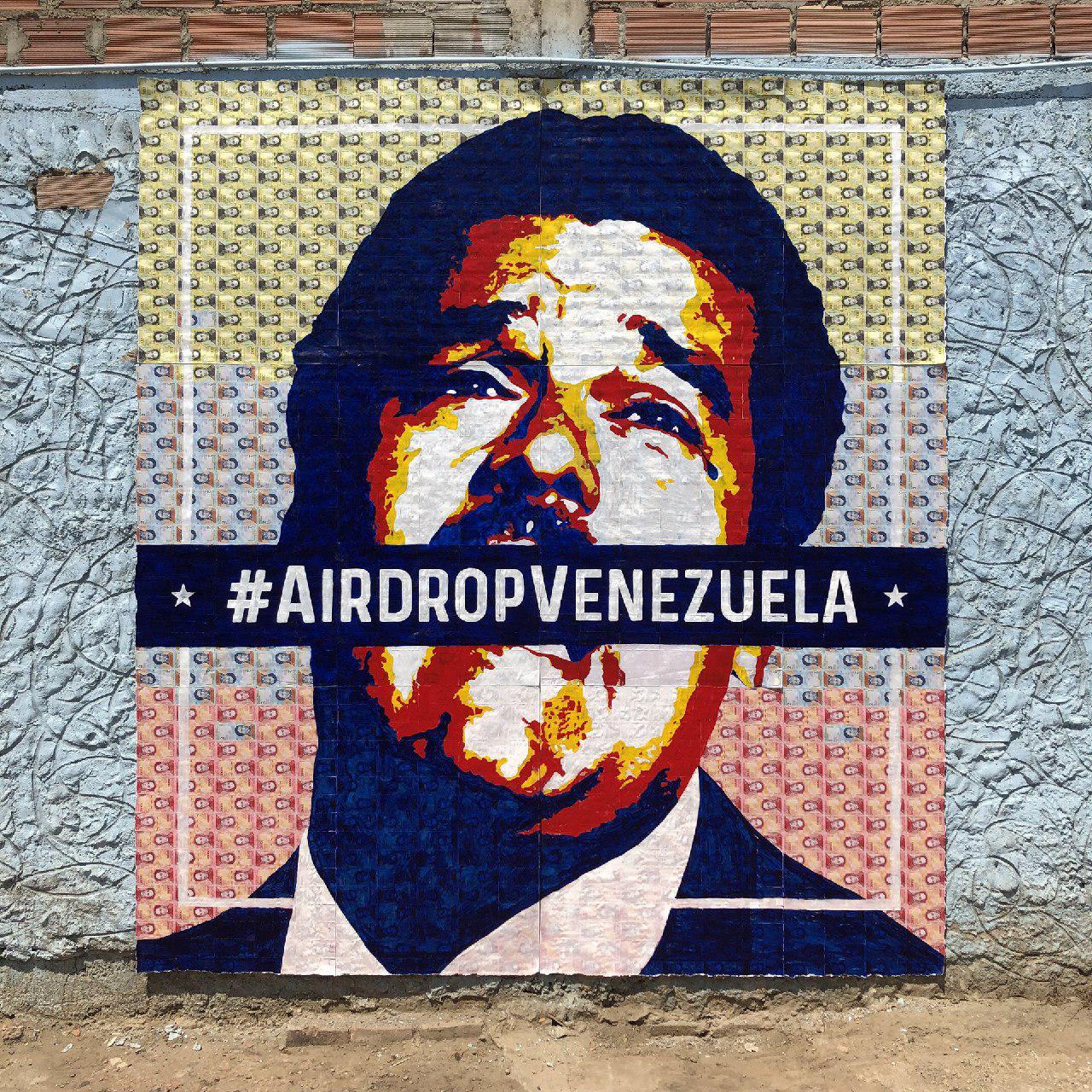 It is ironic then, towards the end of our conversation, that I ask him the question “Which artist would you most like to convert to a Bitcoiner if you could choose anyone in the world?”. After a long pause and hesitation, he answers with a chuckle “a family member”. It just goes to show that even for the best of us, opening people’s eyes to the future of money is difficult, and we aren’t going to win everyone over straight away.

However in Cryptograffiti, we have an artist and activist that, through clever messages, aesthetics and mass appeal, influences hodlers and pre-coiners alike to interact with bitcoin. With incredible creatives like him in our community, I truly believe we are a step closer to the message that adorns his billboard in Chicago: ‘Fix the Money. Fix the world. 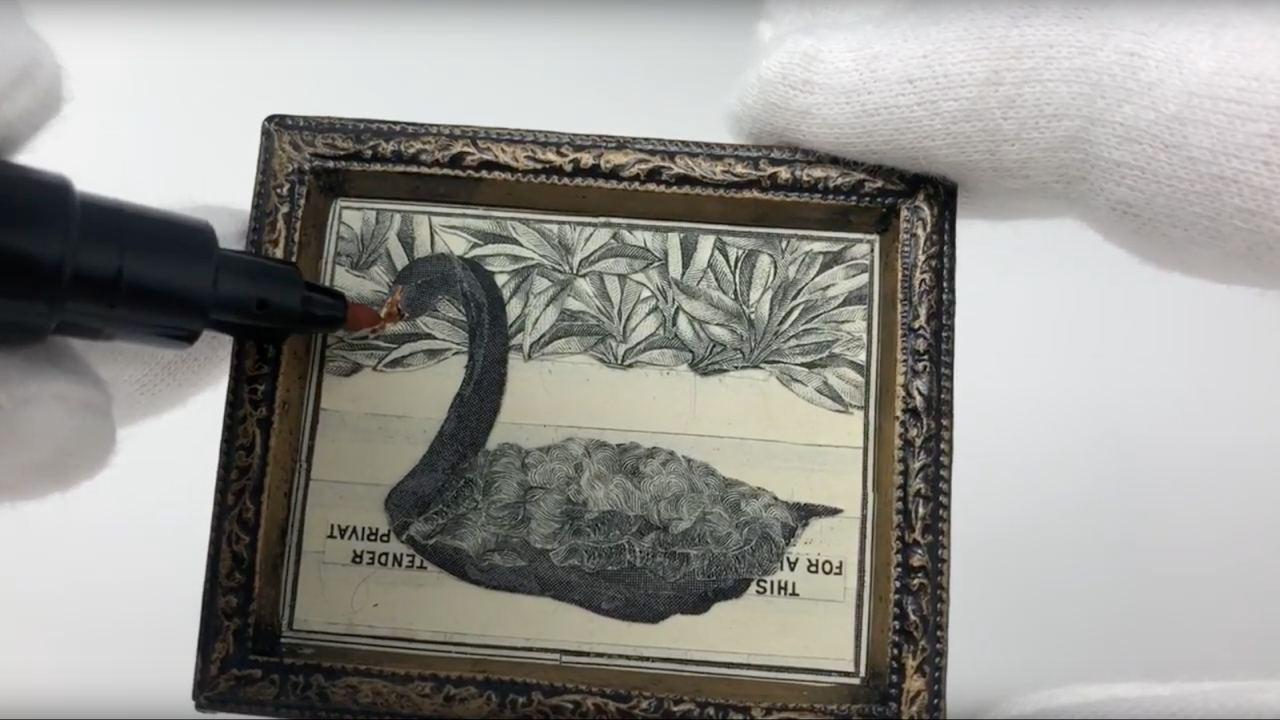 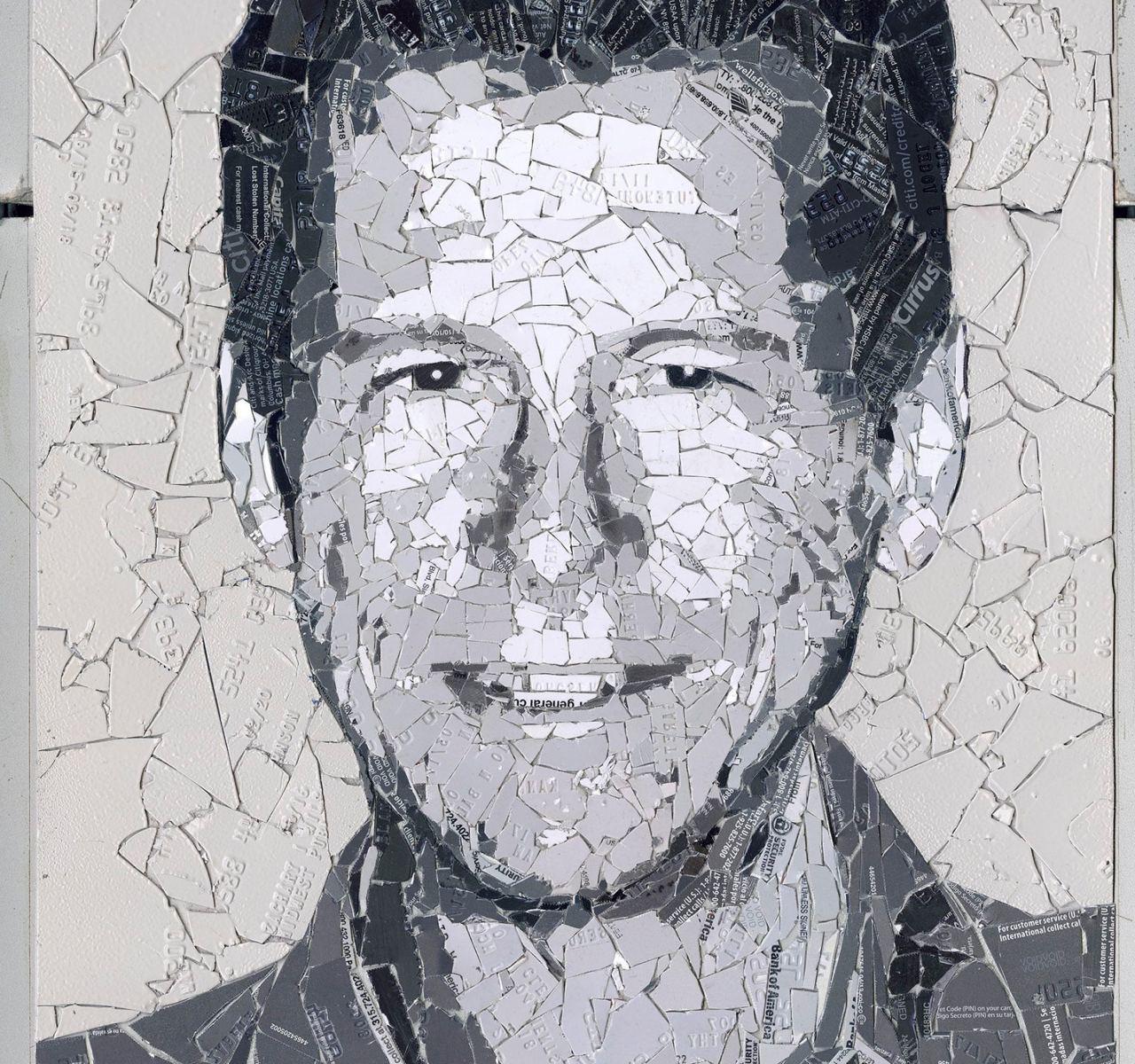 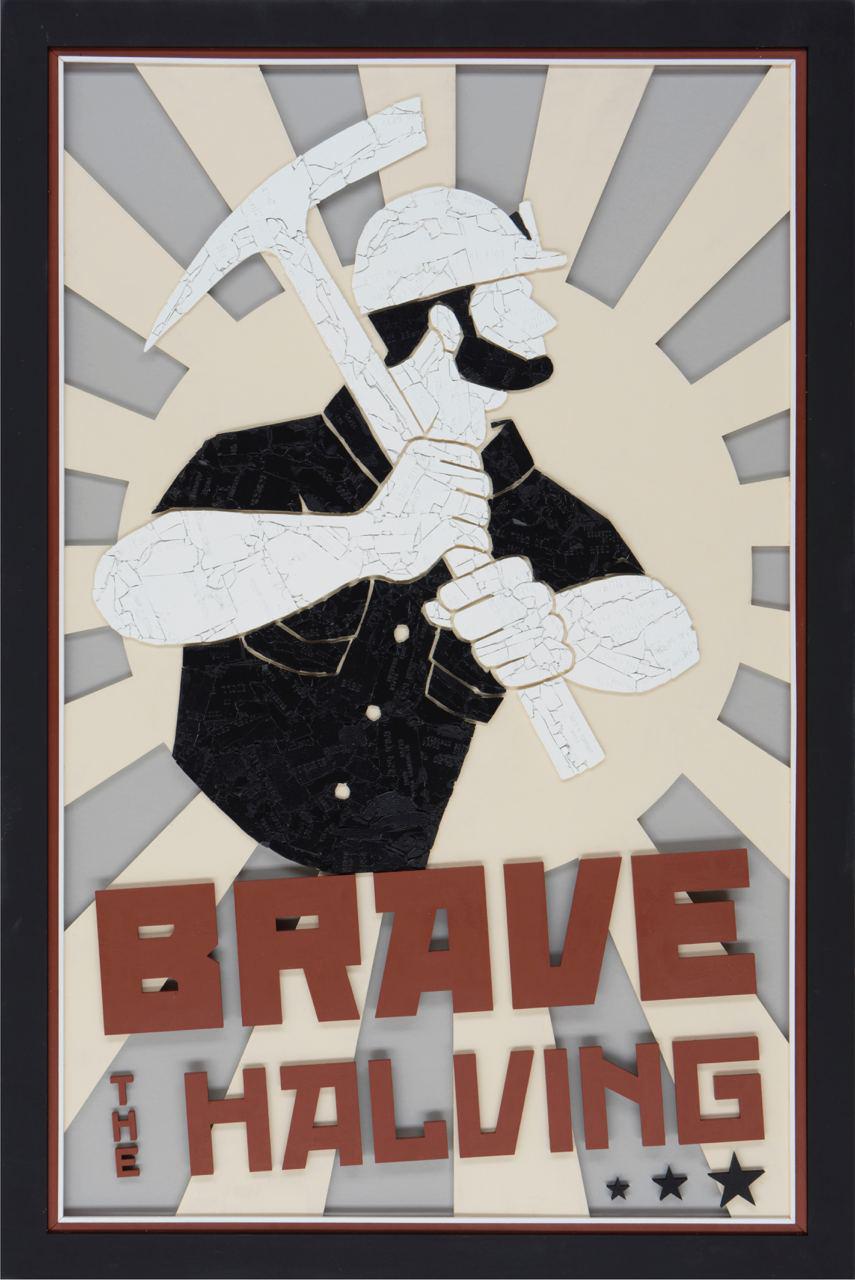