We Are All Satoshi

About The Voice Paper

Question: What happens when you get 1 creatively restless Bitcoiner to come up with an idea? Answer:    Magic

Question: What happens when you make 159 Bitcoiners come together for that idea?
Answer:    Mega magic!

Question: What happens when you put 7 Bitcoiners together to run with the magic provided by the 159, inspired by the 1?

Answer:    You get The Voice Paper of course, you pillock. And that is fucking magic!

We here at 21ism are BULLISH ON BITCOINERS, as MATT “CAPS” ODELL once said.

If anyone ever needed to ask us why we might feel so buoyantly animated about Bitcoiners. So cheerfully confident. So absolutely assured. All we would have to do is point to The Voice Paper as our case in point. It’s real fucking magic, mate!

I remember when I first started digging into Bitcoin almost 4 years ago and read The Bitcoin White Paper. I understood the abstract and little else, I think. I’m not too proud to admit that.

I marvelled at the math, thinking that anyone who could read those calculations and make sense of them, was as much of a witch as my wife, when she sits in bed and reads sheet music, while hearing all the orchestral parts play in her head. Those sorts of skills don’t seem like the stuff of mere mortals.

The Bitcoin White Paper is much more than just the outline of an idea coupled with complicated math though (complicated to a mid-wit like myself, not you I’m sure).

If Bitcoin is becoming the belief system so many of us seem to think it is – an organising principle – a proverbial lighthouse for humanity – then this is our scripture and as such it is sacrosanct and should be protected from those who seek to corrupt and/or co-opt it.

Mostly because I know I’m going to have Knut Svanholm slide into my DMs quicker than you can say buggery. That’s if I’m lucky! He could very well be halfway here on his tall ship already, coming to sit me down and debate me until I take it back or lose the will to breathe. Whichever comes first. But give me a chance, Knut!

As I understand it, all religion is, is a social-cultural system of designated behaviours and practices, morals, worldviews, texts, sanctified places, prophecies and ethics that relates humanity. Doesn’t that sound a lot like Bitcoin?

The latin root of the word religion is ‘Religare’ which means, to bind or bring together.

The Voice Paper was the brain fruit of Dim Zayan, a Bitcoiner and multidisciplinary artist whom we featured in our ART category for the excellent graphic novel, Bulltardia!

"The Voice Paper is part of a project series called House of WaaS, themed around the whitepaper. While the first video focuses on the individual level (I memorised the white paper and shouted it to the wilderness), I wanted Part II (The Voice Paper) to focus on the community, celebrating its strong unity and amazing diversity."

While I don’t want to put words into Dim’s mouth I think its origin was perhaps an homage to our scripture, our raison d’être, that quickly turned into an act of protective defiance when his original idea happened to coincide with a targeted and aggressive act of intimidation and bullying of Bitcoin core devs. His name won’t get a mention here because… well, he’s a window licking sociopath with the body of bloated toad! No offence to window lickers. Or toads! 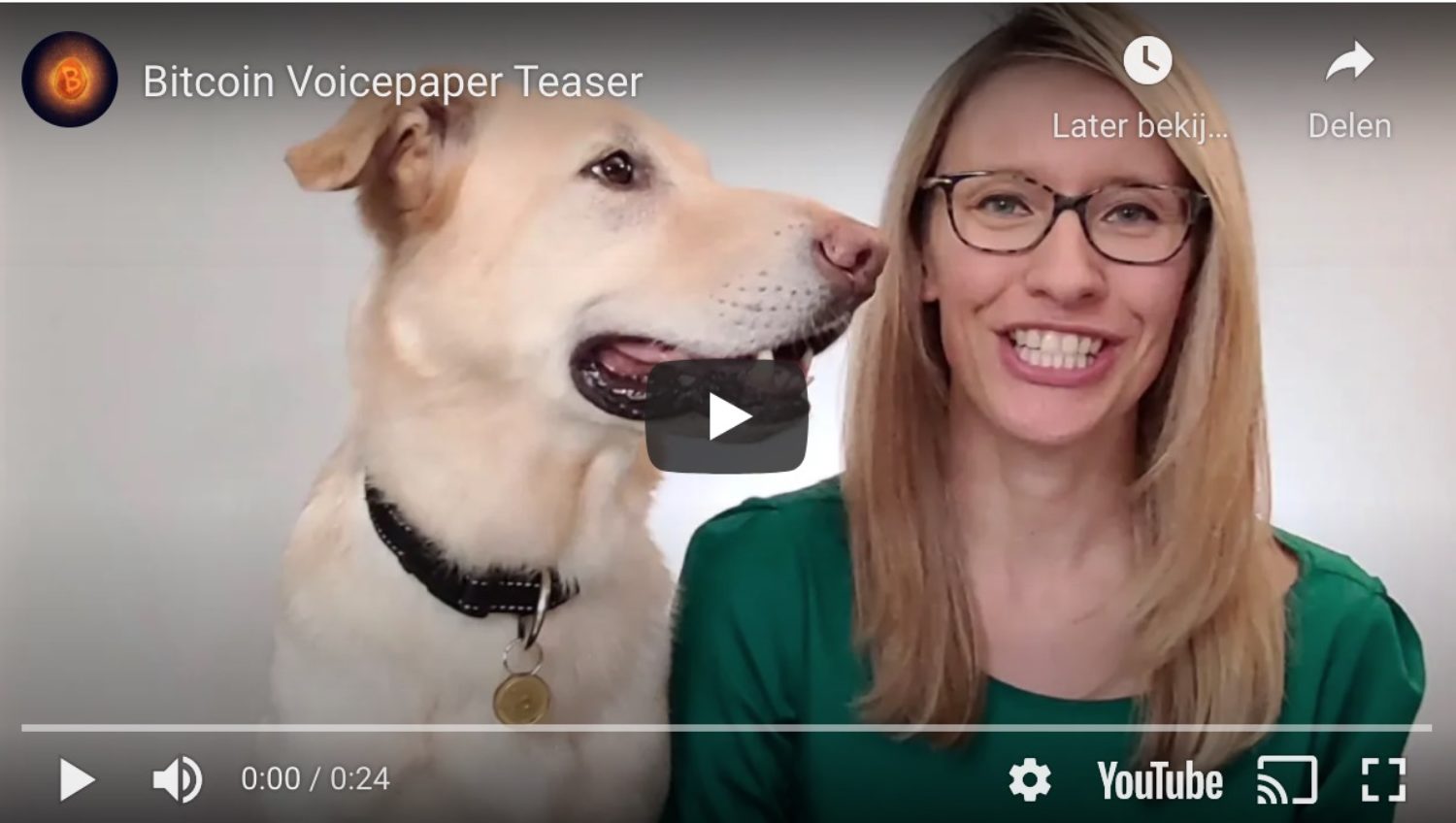 "To be honest, I was caught by surprise. When I made the open call for contributions, I didn’t think it would raise that much interest but the response was stunning."

A telegram channel was opened and the response was astounding. In no time at all 159 Bitcoiners had signed up to play their part in making it happen. In fact, so many beautiful Bitcoiners wanted to take part in this outpouring of solidarity that we even had to make a waiting list. A long one.

Not even Michael Saylor’s convertible note offerings are as oversubscribed as we were.

A crack team of creatives was organically formed and we started to brainstorm how best to make it happen. As important reading as the white paper is, one can’t exactly say that it is scintillating reading for anyone but a very few people amongst us. Making a 25 minute long video of the narration of this visually interesting and engaging is a challenge in itself, never mind coordinating 159 people scattered around the world or making 159 clips of wildly different quality audio/video look and sound good.

Plebs and ce(p)lebs all picked a line and recorded it themselves based on a Dogme Film’esque set of basic rules. It was so exciting watching the recordings flood in. From Giga Chad to the lowliest of plebs like myself, everyone did such a good job. OK, so a few re-records were requested by the slave masters of the creative team but seeing how much effort people went to was so cool. From Mags recording with her gorgeous dog, to Soul Ex Boy and Lauren holding it down for the Baby Doomer generation (BTW i think I might have coined this phrase and I think this should be the name for those younger than ten years old when Covid got underway). Even those that only had one word to say, like Vlad, made it count. It was great to watch!

Then we went to town on it…

"Each person was trusted to do their job and had the last say in their contribution. Every step in-between just grew generically. Richard James edited and put together the video, mtcbtc did mouth animation, I added background, Badders squeezing any possible quality out of the audio, writing music for it and making it all sound whole… Daniel Prince and Stackmore reminded me of The Tipping point, the networkers 2 hops from whomever. And Dim, of course, the PM who brought it all together."

It was a lot of work coordinating all of this and making sure that each word of each line was true to The Bitcoin White Paper but it was also a lot of creative fun. Richard James flexed his superb video making skills. MTC and SoulExporter got busy with post production effects and superimposed various bits on top of the videos we received. I tried to make the most of mixing the often poorly recorded audio and knocked up some music to go along with the video and Dim did some super cool animation for Nick Szabo as well as project managing the whole thing and Stackmore and Princey used their extensive contacts to bring in a few more prominent Bitcoiners of the space. It was truly a team effort.

I would be interested in hearing other people’s takes on this but to me it was a perfect illustration of the fact that there IS a Bitcoin community and that we are strong, anti-fragile and as decentralised as the network itself. This whole thing proves, if proof was even needed, that Bitcoiners are the white blood cells, the builders, the boot strappers and the marketing department.

"In the end, we managed to produce this video with zero budget but with an incredible amount of spirit and good will. That in itself proves the point the video makes."